Iraq: Rocket Attack Targeting US Base Prompts Sirens To Sound Off Near Baghdad Airport

Rockets launched from Karkh prompted air raid sirens to sound at the Baghdad airport early on Wednesday morning, according to Sputnik. 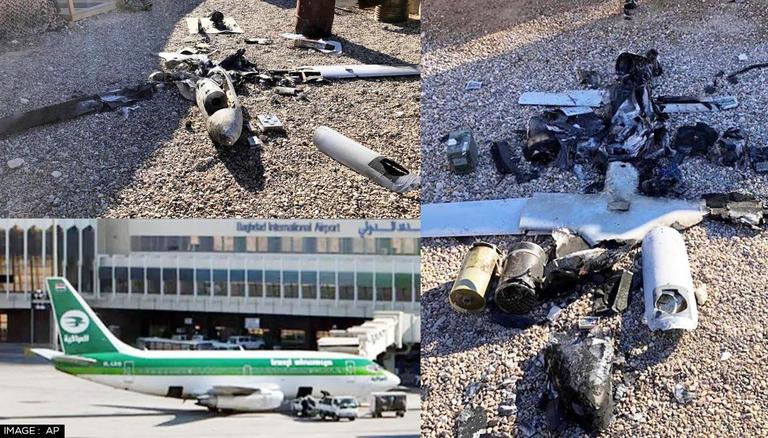 
Rockets launched from Karkh prompted air raid sirens to sound at the Baghdad airport early on Wednesday morning, according to Sputnik. The rockets had landed near the Baghdad Diplomatic Support Center (BDSC), which is located in the Baghdad International Airport. They had reportedly hit the tarmac but they did not cause any casualties. Videos capturing the moment that the base was targetted have emerged on social media.

A circulating video of the moment the US occupation base was targeted at Baghdad International Airport- Azad News pic.twitter.com/qNWPLlxPHk

Sirens in the vicinity of Baghdad airport.

It is to mention that the attack comes ahead of the anniversary of a US drone strike at the Baghdad International Airport that killed Iranian General Qasem Soleimani. It also comes a day after two explosives-laden drones targeting an Iraqi military base housing US troops in western Anbar province were destroyed. On Monday, two armed drones were even shot down as they headed toward a facility housing US advisors at Baghdad airport.

As of now, no group has claimed responsibility for the attacks, although officials reportedly informed that one of the wings of the drones had the words “Soleimani’s revenge” painted on it. A US-led international coalition official said that these attacks are against Iraqi installations and against the Iraqi people and the military that protects them as the coalition no longer has its own bases in Iraq. It is to mention that these attacks come amid a time when the US had been warned of an uptick in attacks over this period.

End of US combat mission in Iraq

Meanwhile, the US-led coalition formally ended its combat mission supporting Iraqi forces in the ongoing fight against the Islamic State group last month. Some 2,500 troops will now remain as the coalition shifts to an advisory mission to continue supporting Iraqi forces. Iraqi Prime Minister Mustafa al-Kadhimi said that the role of the international coalition has become limited to advise and support, according to the strategic dialogue.

The US had deployed its forces in Iraq in 2003 after the nation plunged into war. The American forces were present in Iraq till they overthrew the government led by Saddam Hussein in 2011. During the war, it was estimated that over 10 lakh civilians were killed and more than 2 lakh remain missing to date. Subsequently, in 2014, then US President Barack Obama sent American troops to the war-torn country. Now, even though the country is not stable, the condition is believed to be improving gradually as compared to the previous regime.

READ | In Iraq, protestors burns model of US Embassy ahead of Soleimani's death anniversary