Israel Claims Breakthrough In Covid Treatment; Says Its Antibody Can Neutralise The Virus 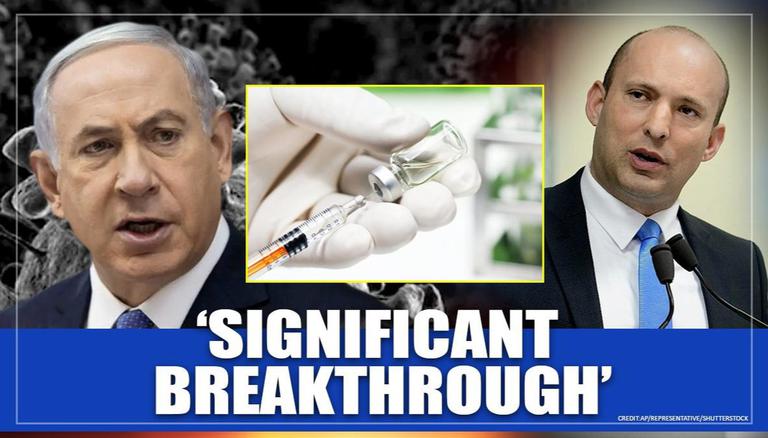 Amid the menace of the Coronavirus pandemic and with no specific antidote to it so far, Israel's Defence Minister Naftali Bennett has claimed that his country has made a significant breakthrough towards the treatment for the deadly virus.

The "monoclonal neutralising antibody" developed at the Israel Institute for Biological Research (IIBR) "can neutralise it [the disease-causing coronavirus] inside carriers' bodies," Israel's defence minister said in a statement.

Bennett visited the labs of the Israel Institute for Biological Research (IIBR), a secretive unit that works under the Prime Minister’s Office, in Ness Ziona and was shown the “antibody that attacks the virus in a monoclonal way and can neutralize it within the bodies of those ill,” according to the statement from his office.

The antibody reported as having been isolated at the IIBR is monoclonal, meaning it was derived from a single recovered cell, and is thus potentially of more potent value in yielding a treatment.

According to International media reports, IIBR Director Shmuel Shapira says that the antibody formula was being patented, after which an international manufacturer would be sought to mass-produce it. About the vaccine developments in other countries, there have been coronavirus treatments developed from antibodies that are polyclonal or derived from two or more cells of different ancestry, the magazine Science Direct reported in its May issue.

The small southern town of Yeruham has plans to open Israel's first vaccine production facility, in partnership with the Israel Institute for Biological Research (IIBR) and one of two prospective international pharmaceutical companies, according to a spokesperson for the Yeruham local council.

READ | From Plasma Therapy To Administering Remdesivir; Doctors Around The World Urge Caution

Israel was one of the first countries to close its borders and impose increasingly stringent restrictions on movement to hamper the domestic coronavirus outbreak. It has reported 16,246 cases and 235 deaths from the illness. As the world grapples with the Coronavirus which originated from China in December last year, countries have been racing against time to come up with a vaccine.

Gilead Science's Remdivisir is also touted to be a possible cure for the COVID-19. However, there is minimal data over it and better trials are needed as there are only a handful of trials done as of now, as per accounts from the US where it has been permitted by the CDC. The US government has granted permission to its hospitals to use Remdevisir to cure patients suffering from COVID-19.