The Israeli Ministry of Health on Saturday confirmed the country's first monkeypox case after the viral disease has recently been detected across North America. 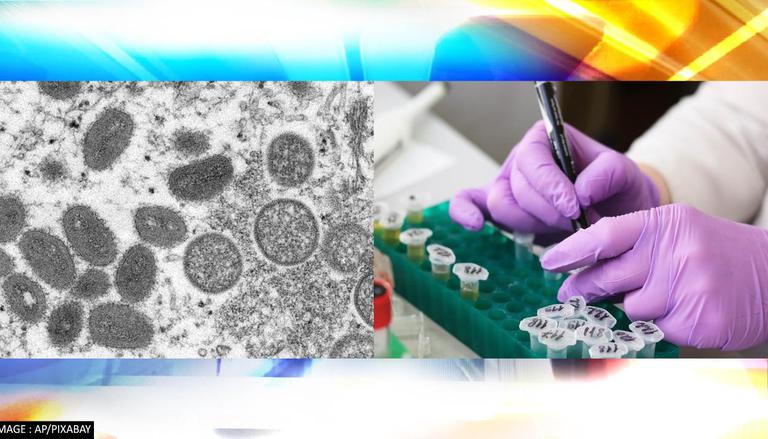 
The Israeli Health Ministry reported the first case of monkeypox on Saturday. According to the Ministry, a man in his 30s arrived at Ichilov Hospital with symptoms exhibiting a suspicion of monkeypox, after being exposed to a patient abroad. Though his clinical condition is good and was hospitalised to complete the investigation, the ministry advised people who have returned from abroad to get tested.

"The results of a test conducted at the Biological Institute for men who arrived at Ichilov Hospital with symptoms appropriate for monkeypox confirmed the diagnosis. His clinical condition continues to be good. Anyone who has returned from abroad and developed a fever and blistering rash should consult a doctor," the ministry said in a statement released on Saturday. 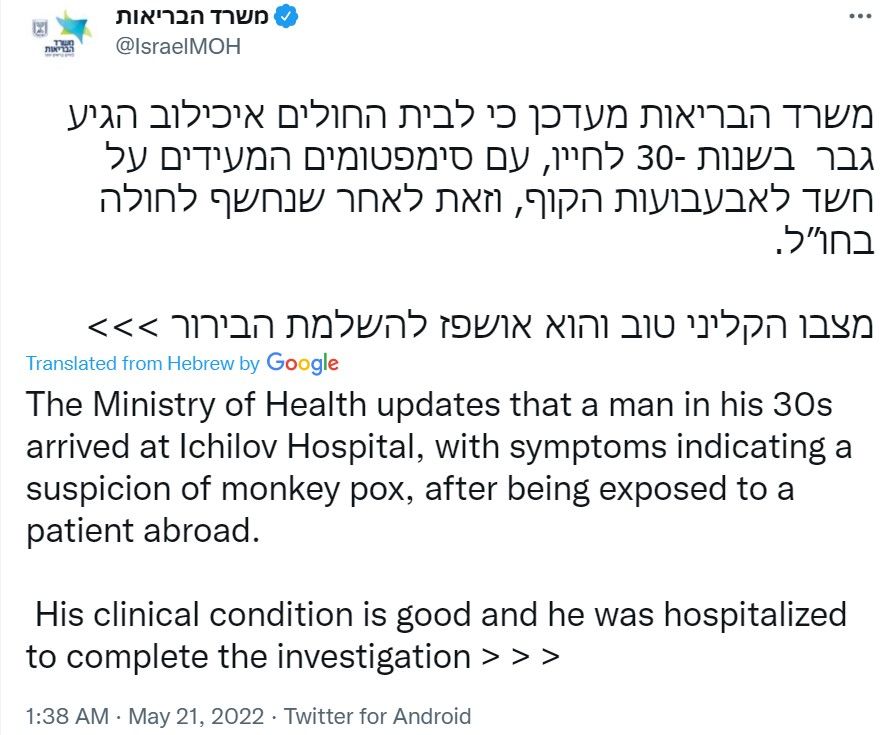 Meanwhile, the Israeli Health Ministry and Vaccines Committee held an emergency meeting on the recently detected infectious virus on Saturday. During the meeting, the officials said they were examining the reports that claimed the virus was spread from a number of gay parties held in Western Europe.  However, they emphasised that this is by no means a disease related to sexual preference or that is unique to the gay population. "The IDF and the Vaccines Committee met tonight for a joint discussion on the disease of monkeypox. The discussion presented the disease and the variety of possible treatments for it," it said. The health officials noted the disease is usually mild and there are very few cases in which it develops into a serious illness and death.

What is monkeypox and its symptoms?

According to the European and American health authorities, monkeypox is a virus that originates in wild animals like rodents and primates. They noted the virus occasionally infects people. Most human cases have been in central and west Africa, where the disease is endemic. However, in recent days, several cases of monkeypox cases, mostly in young men, have been detected in Europe and the US. The health officials noted most patients only experience fever, body aches, chills and fatigue. People with more serious illnesses may develop a rash and lesions on the face and hands that can spread to other parts of the body.

READ | Monkeypox: What are its symptoms and how does it spread?
READ | Monkeypox: WHO convenes emergency meeting amid rising cases across the globe; Report
READ | Monkeypox spreads in Europe, US, baffling African scientists
READ | UK stocking up on vaccines as monkeypox cases rise to 20
READ | WHO confirms 80 cases of monkeypox in 11 countries, says 50 investigations 'pending'
Tags: Israel, Ichilov Hospital, Monkeypox
First Published: 22nd May, 2022 07:36 IST