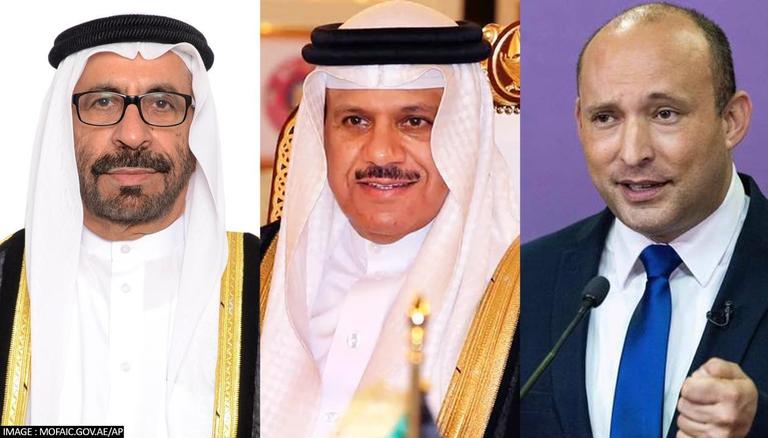 
Israeli Prime Minister Naftali Bennett, on Sunday, held meetings with the Foreign Ministers of UAE and Bahrain and told them that Israel’s original Arab peace partners-Egypt and Jordan-support the Abraham Accords. Signed in September 2020, the historic pact normalised Israel’s ties with both Arab states. Notably, Egypt (1979) and Jordan (1994) were the first Arab states to normalise their relationship with Israel following the Arab-Israel wars in 1948.

Meanwhile, hosting Khalifa al-Marar and Abdullatif Al Zayani at his hotel room in New York, Bennett assured that Israel wanted to continue the pact. “First of all, I want to tell you that I met the king of Jordan and the president of Egypt, and they’re of course delighted with the ensuing relationship between our countries, and I want to assure you of continuity,” Bennett said adding, “We’re stable and we believe in this relationship and we want to expand it as much as possible.” 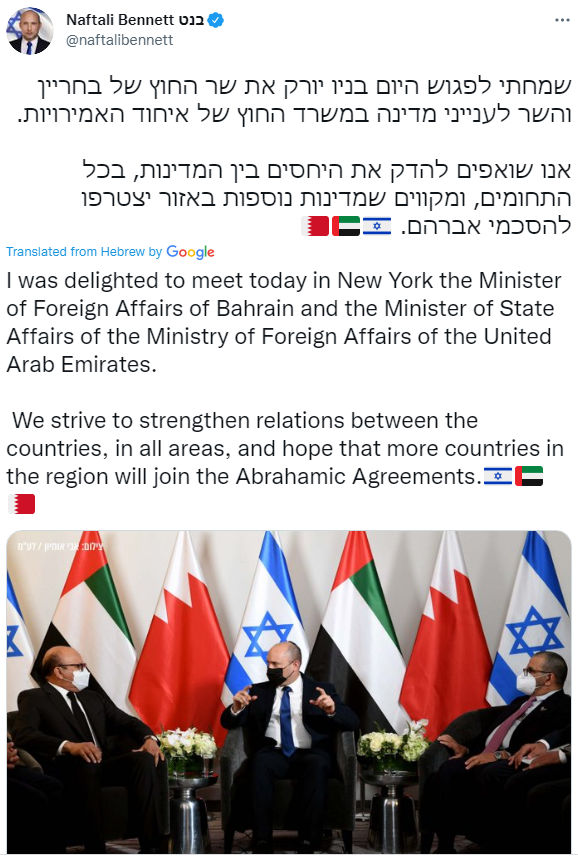 The much-vaunted Abraham Accords normalises Israel's relations with UAE and Bahrain and encompasses ways to enhance partnership in the form of tourism, direct flights, scientific cooperation and, in time, establish full embassy-level diplomatic ties. The deal was brokered by former US President Donald Trump, a staunch supporter of Israeli claims over the Gaza Strip and the West Bank. In August, Trump first proposed the peace agreement between his ‘three great friends’. Almost a month later, on September 15, Trump was joined by the then Israeli Prime Minister Benjamin Netanyahu and foreign ministers of the UAE and Bahrain at the White House to ink the historic Abraham Accord. While both UAE and Bahrain had never supported or opposed the Palestinian cause, Israel had openly announced a claim over the Palestinian held land.

Abraham Accord was named to honour the patriarch of three major Abrahamic religions - Christianity, Islam and Judaism. Since the creation of the State of Israel in 1948 and the exodus of more than 7.5 lakh Palestinians from the area, there have only been two peace agreements brokered between Israel and other Arab countries. Other notable mentions include Lebanon, 1982; Arab Peace Initiative, 2002; Libya, 2004; and Syria in 1990 and 2010. These pacts have been problematic because peace was not maintained, and border skirmishes or war broke out after signing the treaty.