Israel on Monday, 30 May, warned people against travelling to Turkey citing Iran's threats of response over the assassination of a senior official in the ICRC. 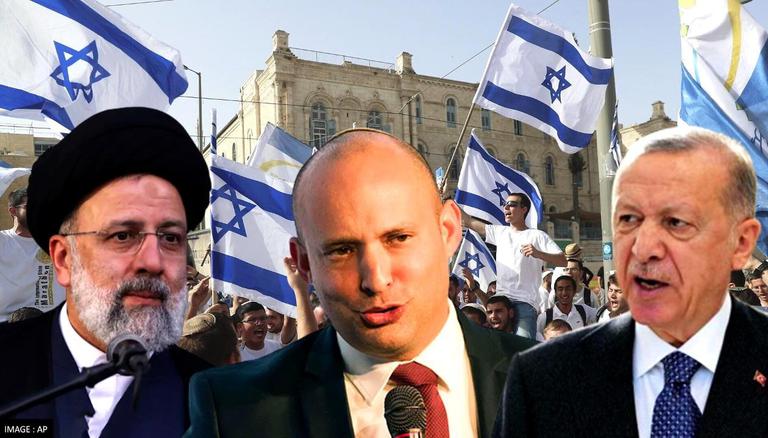 
In a key development, Israel has issued a travel warning for its nationals planning to visit Turkey. Israel on Monday, May 30, warned citizens against travelling to Turkey citing Iran's threats of response over the assassination of a senior official in the Islamic Revolutionary Guard Corps (IRGC) last week, reported ANI. Israel's National Security Council Counter-Terrorism Bureau, in an update said that Iran might intend to attack Israeli tourists in Ankara. The National Security Council Counter-Terrorism Bureau of Israel in an update called Turkey a "country that currently has a high level of risk for Israelis."

"For several weeks, especially since Iran has accused Israel in the death of an IRGC officer last week, there is increasing concern in the security establishment regarding Iranian efforts to attack Israeli targets around the world," the National Security Council Counter-Terrorism Bureau said in the press release.

The statement of Israel's Counter-Terrorism Bureau came after Colonel Sayyad Khodai was shot dead outside his residence in Tehran on May 23. Colonel Sayyad Khodai was shot by two motorcycle riders and Iran blamed the killing on "elements linked to the global arrogance." After his killing, Iranian President Ebrahim Raisi called on security personnel to conduct an investigation into the killing and asserted that revenge on criminals for the "martyr is inevitable," BBC News reported. Meanwhile, IRGC spokesperson Ramazan Sharif stressed that the killing of Colonel Sayyad Khodai would enhance its determination to defend the country's security, and national interests and confront the enemies of Iran.