EAM Dr. S Jaishankar, on Friday, engaged in a "productive discussion" with his Brazil and Argentine counterparts to strengthen bilateral relations. 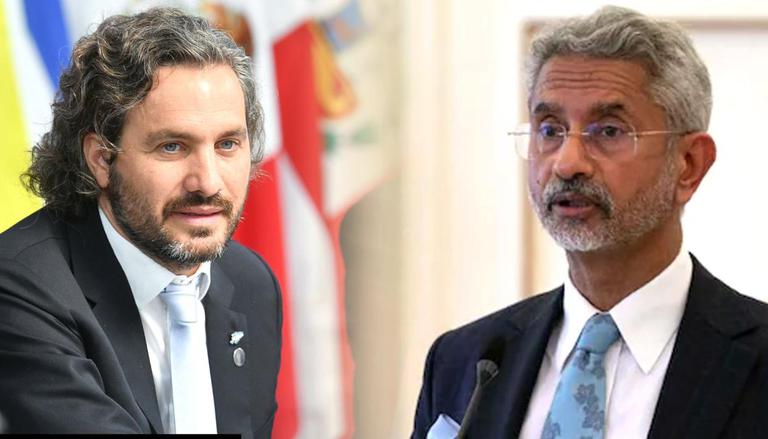 A virtual review of our ties with FM @SantiagoCafiero of Argentina. Noted our expanding cooperation, including in commerce.

Our coordination in multilateral forums has been long standing.

A productive discussion with FM Carlos França of Brazil. Agreed to hold an early meeting of our Joint Commission.

Affirmed our commitment to work closely in the UNSC, BRICS and IBSA.

On the sidelines of the aforementioned meetings, Dr. Jaishankar on Friday also spoke with his counterparts from Japan and Netherlands. In a tweet, the EAM mentioned that he separately reviewed bilateral cooperation and discussed key challenges in several sectors, including tackling the pandemic. In a tweet, the country's top diplomat mention that he had a "good conversation" with Deputy Prime Minister and Minister of Foreign Affairs of the Netherlands, Woke Hoekstra.

Wished him a fast recovery from Covid. And a Happy New Year.

Also exchanged views on celebrating the 75th anniversary of our diplomatic relations.

In his Twitter post, the EAM said that he wished FM Hoekstra a speedy recovery from COVID-19. "Spoke about our strong bilateral agenda, European Union (EU) cooperation, development and Indo-Pacific," he informed. The diplomats also exchanged views on celebrating the 75th anniversary of diplomatic relations between both countries.

Following the telephonic conversation, Hoekstra took to Twitter and stated that the discussions noted the great milestone" India and Netherlands reached in the last 75 years. "I look forward to further strengthening our excellent bilateral relations," he said.

Apart from this, he spoke to Japanese FM Hayashi Yoshimasa. "Discussed COVID situation, travel facilitation, bilateral projects, Quad, Myanmar and North Korea," Dr. Jaishankar said in a Tweet. India also looked forward to celebrating the 70th anniversary of diplomatic ties between both the nations "in a befitting manner," he noted.