The H3 rocket of Japan is a successor to H-IIA and H-IIB expendable launch rockets the Japan Aerospace Exploration Agency (JAXA) uses to launch satellites.

Japan Aerospace Exploration Agency (JAXA) on January 11 announced the launch its new flagship rocket H3 or next-generation transportation technologies that aimed at achieving high flexibility, high reliability, and high-cost performance. Japan’s H3 is aimed to target a fleet line up with two or three first-stage engines (LE-9), and zero, two, or four solid rocket boosters (SRB-3) that will deal with payload sizes and orbits. According to a press release by Japan’s space agency, JAXA, the rocket will determine “launch capability to the geostationary transfer orbit (GTO) will be the highest ever, exceeding that of the existing H-IIA and H-IIB Launch Vehicles.”

The H3 rocket of Japan is a successor to H-IIA and H-IIB expendable launch rockets the Japan Aerospace Exploration Agency (JAXA) uses to launch satellites into space. The rockets were operated by Mitsubishi Industries and lifted off from the Tanegashima Space Center in Japan. Both the rockets were known for improved cost control and reliability. However, Japan’s H3 will provide the country autonomous access to space to launch satellites and probes including important upcoming missions. “We are eager to launch commercial satellites every year as well. 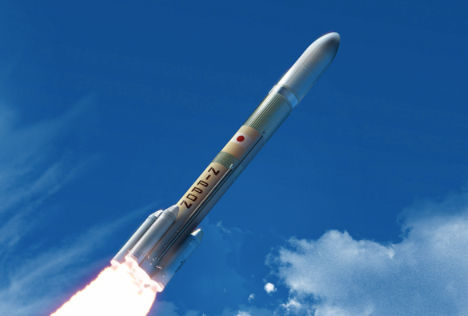 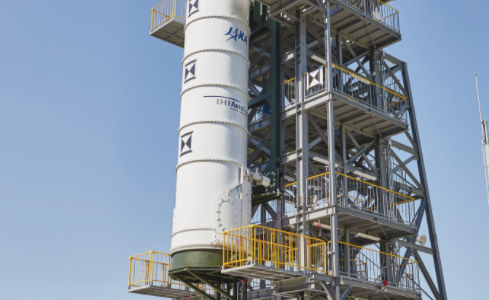 [Separation test using a test craft of the actual size of the SRB-3. There was the whooshing sound of gas,
and about a second later, a thunderous booming sound rained onto the ground and reverberated throughout the test site. Credit: JAXA]

JAXA and its prime contractor, Mitsubishi Heavy Industries (MHI), and other related companies are all hands on deck from the development phase to leverage their experiences to renovate the whole system for producing a low cost, flexible and reliable rocket,” JAXA said in the release. The rocket’s capability for the geostationary transfer orbit (GTO) exceeds the H-IIA and H-IIB launch vehicles, according to JAXA. H-series launch vehicles are renowned for the high-reliability launches that efficiently support Japan’s satellite and explorer launch missions. Efforts are underway to develop the SRB-3 solid rocket booster. A solid rocket booster for the H3 spacecraft will be a solid-fuel engine that will supplement the propulsion of the rocket's main engine during the launch. The advanced booster will provide the core airframe (main body of the rocket) and will be separated from the rocket after combustion.