Japan will hold its general elections in early November after the dissolution of the Lower House, LDP lawmakers hinted on September 11, Saturday. 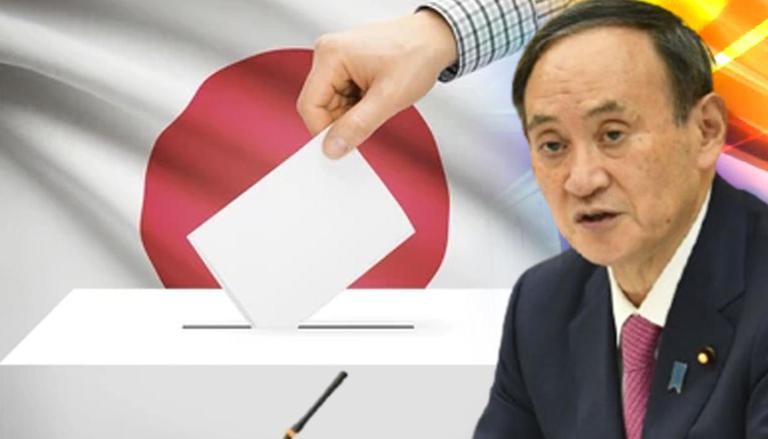 
Following the step-down announcement of Japanese Prime Minister Yoshihide Suga from party leadership in the coming weeks, Japan will hold its general elections in early November, Liberal Democratic Party (LDP) lawmakers hinted on September 11. On Saturday, the LDP lower house MPs said that Japan will hold its general elections after the dissolution of Lower House sometime in between November 7 to 14, ANI reported, citing Kyodo News. Additionally, the new Prime Minister for the country will be chosen on September 29.

The name of PM Suga's successor has not been announced as of yet. As per reports, the candidate will be picked from those in the leadership race. However, according to a Kyodo News poll released earlier this month, the most popular choice to become Suga's forerunner is the Japanese Administrative Reform Minister Taro Kono. The results were based on a survey conducted with 1,071 randomly selected Japanese voters. Meanwhile, incumbent Prime Minister Suga has been very cautious about his decision about backing the LDP Prime Ministerial candidate. He has decided to remain silent on the matter until the declaration of the final list, which will be released on September 17.

Former Minister of Foreign Affairs Taro Kono announced his Prime Ministerial candidacy on Tuesday. Following this, the Japanese newspaper Nikkei and TV Tokyo conducted a joint survey to assess the public opinion on who should succeed PM Suga. As per results announced on September 9-11, Kono witnessed 27% support followed by LDP Secretary-General Shigeru Ishiba with 17% vote. They were followed by Ex-policy chief Fumio Kishida with 14% vote and Former Minister of Sanae Takaichi with 7% votes. Kono is currently in charge of the COVID-19 vaccination program in the country.

Last week, Japanese Prime Minister Yoshihide Suga announced his withdrawal from the upcoming Lower House elections citing his wish to focus on the ongoing COVID-19 outbreak. Following the pre-poll results, when Suga was asked about his views on Kono's candidacy by Japan Corporation NHK, Suga remarked that he "would like to make (a) decision when the seventeen candidates are announced." On the other hand, it is worth the mention that Suga drew considerable flak for his handling of the Covid-19 pandemic in the archipelagic country. The strongest Asian economy under his leadership reported over 16 lakh COVID-19 cases and at least 16,500 deaths. Meanwhile, Suga has begun preparations for the Quad Summit, which is scheduled to take place in the US.

Suga will attend QUAD Summit in the US

Amidst the escalating tensions about the upcoming elections, PM Suga has begun preparations to participate in the Quadrilateral Security Dialogue or QUAD Summit to be held in the United States. Later this month, he will travel to the US for the first face-to-face meeting along with Australia and India. Talking about the subjects of the meeting, Suga earlier asserted that "free and open Indo-Pacific," and the Coronavirus pandemic will remain two important topics taken up at the summit.

WE RECOMMEND
Japan to extend virus emergency until end of month
Japan vaccine minister seeks to be next prime minister
Amid tensions with China, Japan signs deal to export defence equipment to Vietnam
Japan PM cautious about backing candidate for LDP presidency, says 'will wait for list'
Japan PM Suga to visit US to attend first in-person 'Quad' summit