Japan May Freeze 'all Aid' To Myanmar In View Of Junta's Lethal Tactics: Foreign Minister

"As country that supported Myanmar's democratization in various ways, and as a friend, we [Japan] must represent the international community," Motegi said. 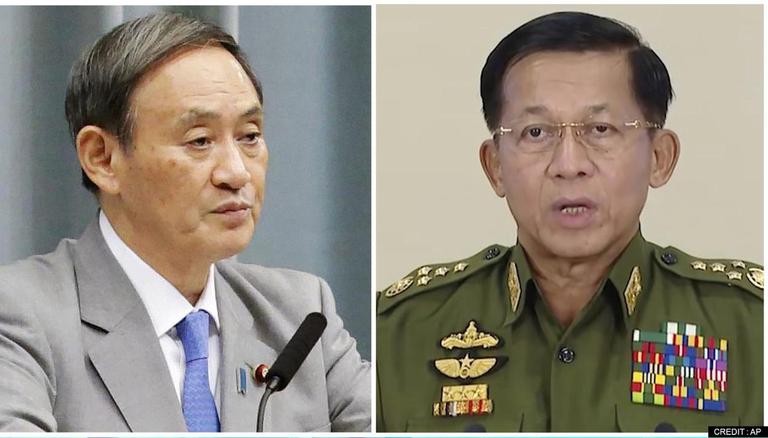 
Japan on Thursday warned that it may freeze all support aid to Myanmar, as the military Junta continues to use coercion and lethal tactics against the civilians that demand the restoration of the democratically elected government in southeast Asian country. Following the unlawful seizure of political power after the Myanmar military ousted civilian leader Aung San Suu Kyi, Japan, which is one of the top economic donors of Myanmar, halted major economic aid in February. A report carried by the Japanese Asahi Shimbun newspaper had revealed that Japan halted new development funding of approximately 100 billion yen ($980 million) to Myanmar over human rights abuses amid the civil unrest.

Speaking to the Nikkei newspaper on May 20, Japan's foreign minister Toshimitsu Motegi warned Myanmar’s Junta leader that the freeze could be expanded. "We don't want to do that at all, but we have to state firmly that it will be difficult to continue under these circumstances,” his statement translated. He continued, “As a country that supported Myanmar's democratization in various ways, and as a friend, we must represent the international community and convey that clearly.” Motegi reiterated that Japan is the leading economic assistance provider to Myanmar, and even as the country has not imposed sanctions like the US on its military and police commanders, it can halt billions in funding. In 2019 alone, Japan provided approximately US$1.74 billion in development aid to Myanmar. The country also offered close to US$4 million in emergency aid to Myanmar through the World Food Programme.

Last week, Myanmar's ambassador to the United Nations Kyaw Moe Tun had urged the international community to disrupt the financial flow to the military Tatmadaw, suspend major investments, businesses, and tie-ups with companies linked to the military. In an interview with NHK World, Moe had condemned Junta’s political crackdown on the pro-democracy protesters and supported the Myanmar civilians in their demands to restore the democratically elected government. Any financial flow that goes through the military chain should be cut off immediately,” Moe told the network. He added, "They will be using this income for killing people of Myanmar.” Moe extended support for the national unity government and boycotted the military’s oppressive rule as he lambasted the armed forces for targeting the civilian population.