London will be celebrating its 25th year of Kew Orchid Festival at the Princess of Wales Conservatory in Kew Garden from February 8 to March 10, 2020.

London will be celebrating its 25th year of Kew Orchid Festival at the Princess of Wales Conservatory in Kew Garden from February 8 to March 10, 2020. According to reports, this year's festival is dedicated to the wildlife and culture of Indonesia and the flowers displayed are also inspired by the country's biodiversity which is an archipelago of more than 17,504 islands, including Java, Borneo, Sulawesi, Papua and Bali. Visitors can further expect themselves to be transported to an entrancing paradise evoking some of the sights, smells and sounds of Indonesia.

According to the official site of the event, the show includes life-sized animals including orangutans, tigers and rhinos, all decorated with hundreds of tropical flowers. As Indonesia has over 100 active volcanoes, organisers have also made an elaborate pond display of an erupting volcano made up of only orchids. Other programme highlights also include 'Orchids: After Hours', gamelan performances, traditional dancing, climate talks and cooking demos. 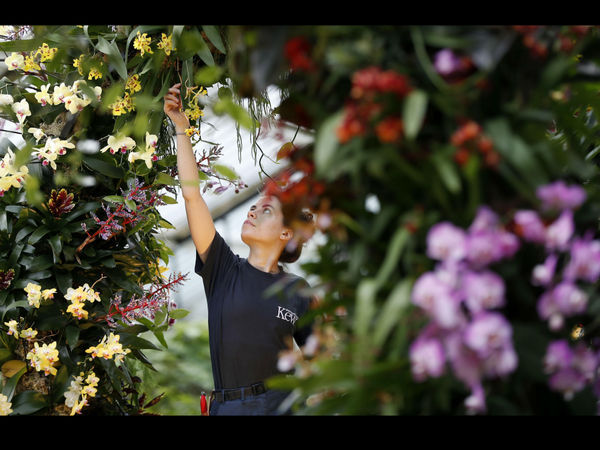 The organisers also kept in mind that Indonesia boasts a hugely diverse range of societies and cultures with over 300 languages spoken across its many islands and to match its staggering biodiversity, at least 4,000 species of orchid, as well as many other plants that can be found on the Island, have been displayed at the event. “For instance, the island of Sumatra is the only place you’ll find the infamous Titan Arum, Amorphophallus titanium, otherwise known as the ‘corpse flower’ thanks to the appalling smell of rotting flesh it produces when in bloom”. 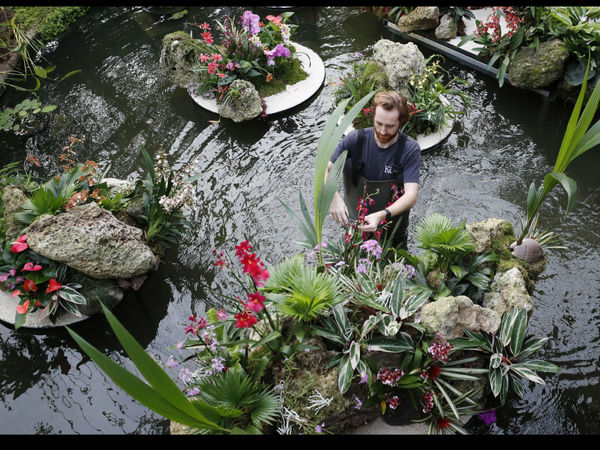 The Ambassador of Indonesia to the UK, H. E. Rizal Sukma, says, “Through the orchid festival, I hope that visitors can have a wonderful journey experiencing magnificent Indonesia. As well as its flora, Indonesia is rich in biodiversity, wildlife, nature and culture which will be beautifully displayed in this festival.”

Scott Taylor, who is the Conservatories manager said, “Indonesia encompasses a myriad of cultures and societies across its thousands of islands, making it an utterly unique theme for this year’s orchid festival. The Princess of Wales Conservatory will be transformed by awe-inspiring orchid displays that will showcase the country’s biodiversity and Royal Botanic Gardens, Kew’s work in the country to help to protect, conserve and study its plants. READ: Valley Of Flowers National Park Is A Heavenly Place For A Serene Experience