Korean Peninsula Was Divided Into Two Along 38th Parallel On This Day In 1945; Read Why

On this day, August 17, 1945, the unified Korean peninsula was divided into two spheres of influence along the 38th parallel post-WWII. The peninsula was separated into two nations, North and South Korea heavily guarded on the fortified Demilitarized Zone (DMZ) polarized under the influence of two power blocs USSR and the US post-Japan’s surrender in WWII. While the north was occupied by the Soviet Union troops, the south was occupied by the United States leading to conflicting Communism and Capitalism regime and widening social, economic, and political differences between the two countries.

As per several reports, the Korean peninsula had sustained unison for nearly 1,500 years. Between 1392–1910, the Korean peninsula remained as a single country under the Joseon dynasty rule that had overtaken the territory from Goryeo dynasty. However, with the collapse of this rule in 1910, the Japanese annexed Korea after 1895 victory in the First Sino-Japanese War and occupied it for over 35 years between 1910-1945. Korea’s culture diminished. But with the defeat of the Japanese forces following WWII, as the Japanese empire crumbled, the US and The Soviets took control of lands. While the United States dropped an atomic bomb on Hiroshima, Japan on August 6, 1945, the Soviet invaded Manchuria and USSR troops also occupied three points in northern Korea. 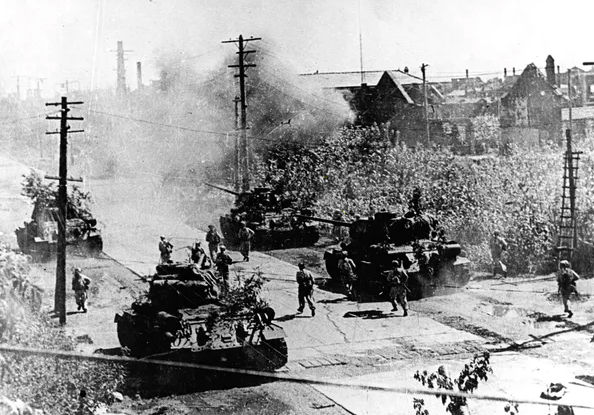 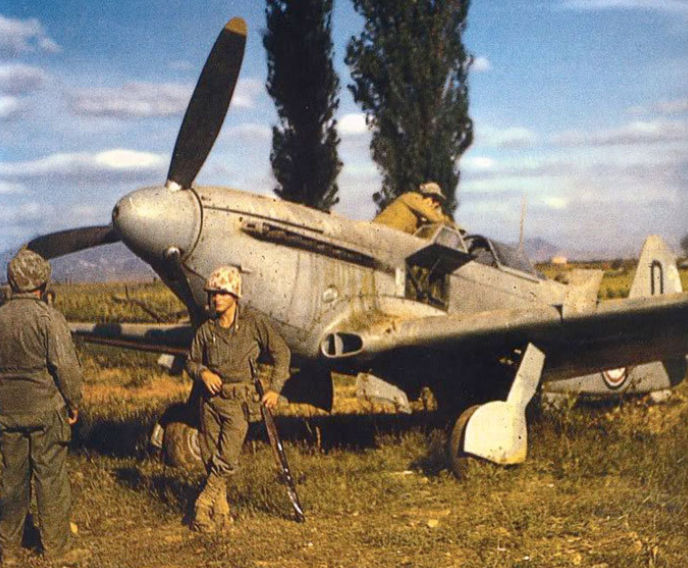 [US Marines guard a captured Yak-9 during the Korean War. Credit: Twitter/@88I15]

Post seven days of Japan’s surrender in WWII, US officials Dean Rusk and Charles Bonesteel asked with delineating US-dominated territories in Asia arbitrarily split Korea along the 38th parallel of latitude. While Japanese forces in North Korea surrendered to the USSR army, the Soviet ruled the North. However, in 1950 the North launched a surprise attack across the 38th parallel to occupy the south. The Korean War (1950-53), killed at least 2.5 million people as the US army bombed the cities and villages in the northern side of the peninsula.

In 1972, Ed McMahon took to the skies with the @BlueAngels in El Centro. No stranger to the cockpit, McMahon completed carrier landing qualifications in Pensacola and later flying a total of 85 combat missions during the Korean War as a Marine aviator. pic.twitter.com/159sEz3hBw 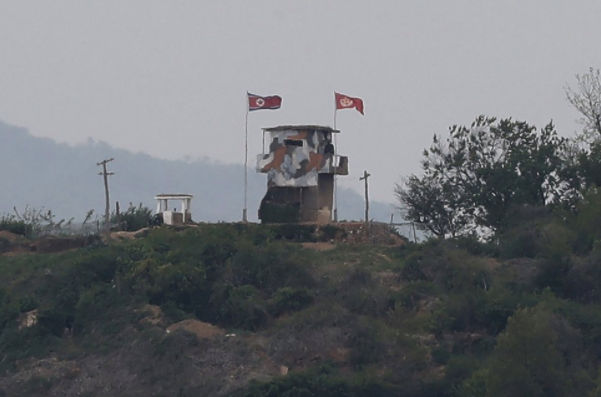 [North Korean flag flutters in the wind at a military guard post in Paju, at the border with South Korea. North and South Korean troops exchanged fire along their tense border in May 2020, South's military said, blaming North Korean soldiers for targeting a guard post. Credit: AP Photo/Ahn Young-joon] 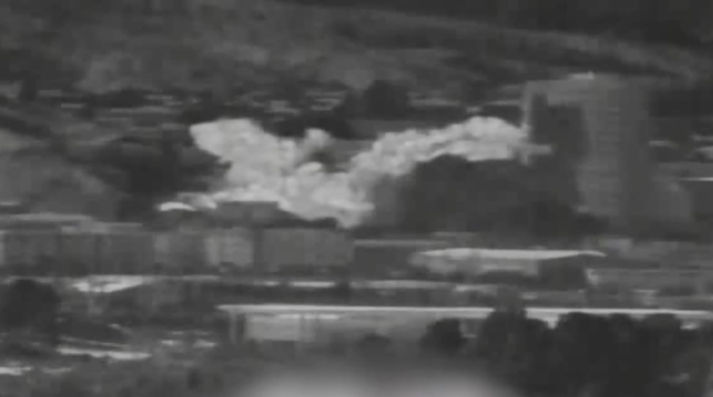 [ North Korea blew up an inter-Korean liaison office building just inside its border in an act that sharply raised tensions on the Korean Peninsula amid deadlocked nuclear diplomacy with the United States. Credit: AP/ South Korea Defense Ministry]

Ultimately, the United Nations intervened and an armistice was signed in July 1953 creating Demilitarized zone. Ever since the North and South Korean troops have exchanged fire along their tense border confronting the front-line animosities. There have been rare movements across the DMZ between North and South Korea since 1953 as both nations remained under heightened tensions due to North’s dedicated nuclear programs.

Read: US Awards $62 Billion Contract To Lockheed Martin To Arm Taiwan Amid Tensions With China