Kyrgyzstan PM insisted that he has no intention of modifying "the composition and structure" of the new cabinet, & added, he won't contest next year.

On October 10, the Kyrgyzstan parliament used emergency powers and appointed Sadyr Zhaparov as the new Prime Minister amid the soaring civil unrest. According to TASS, the newly elected PM insisted that he has no intention of modifying "the composition and structure" of the new cabinet, adding, that he would not run the parliamentary election next year and will not persecute political dissidents. His appointment comes in midst of a state of emergency declared in the nation until October 21 due to failure in the agreement of the provisional government, that led to election, just three days after the political chaos spewed nationwide.

In the capital of Bishkek, Central Asia, opposition demonstrators ransacked government buildings and destroyed offices as protests erupted against the elite winning party. Central Election Commission of Kyrgyzstan responded by raising speculations over the Sunday’s balloting. Demonstrators and opposition member parties demanded to oust President Sooronbai Jeenbekov and demanded to form a new government. In the aftermath of the political crisis, the lawmakers announced the resignation of Prime Minister Kubatbek Boronov and nominated former lawmaker Sadyr Zhaparov. The decision came after the President of Kyrgyzstan Sooronbai Jeenbekov held his first formal talks with the newly appointed speaker of parliament Myktybek Abdyldayev, to bring Kyrgyzstan on “lawful track, further discussing the president’s impeachment", spokeswoman, Tolgonai Stamaliyeva informed the Interfax news agency. 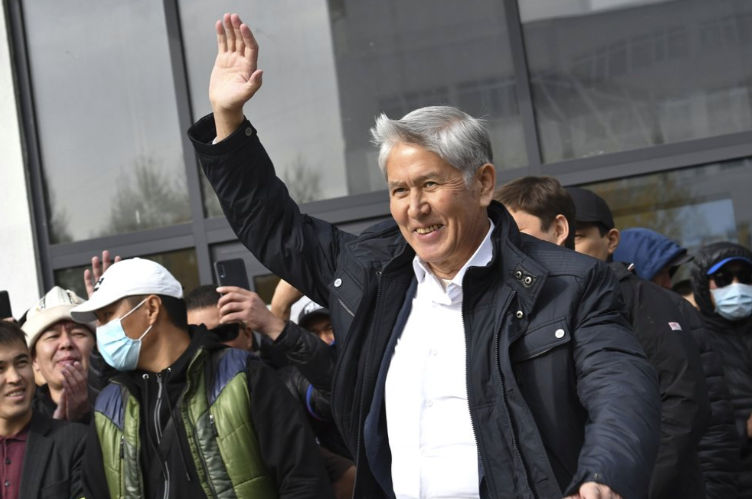 [Former President Almazbek Atambayev waves to his supporters in Bishkek, Kyrgyzstan. Sooronbai Jeenbekov, the embattled president of Kyrgyzstan, has moved to end the political turmoil that followed a disputed parliamentary election.] 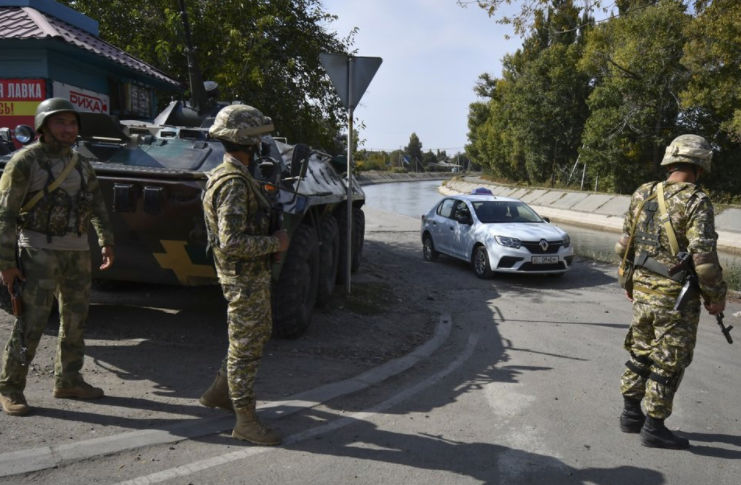 [Soldiers of Kyrgyz army stand at a checkpoint on a city street in Bishkek, Kyrgyzstan.]

On Saturday, as the rival protests flared due to the political deadlock, President Sooronbay Jeenbekov's office announced that the military would be deployed across Bishkek "to organize checkpoints, to prevent armed clashes, to ensure law and order, and to protect the civilian population,” according to news agency TASS. Meanwhile, Lawmaker Sadyr Zhaparov was appointed by the country's president Sooronbai Jeenbekov during the session who used proxy votes to achieve the quorum inside the chamber. This, in turn, was contested by opposition groups.

9 pm to 5 am curfew imposed

Armed forces officers arrested the former President Almazbek Atambayev who was released out of prison by the aggravated mob, banned political rallies, dispersed the crowd, and imposed a nightly 9 pm to 5 am curfew to bring the civil turmoil under control in Bishkek. Forces were summoned after the car driving the former President in midst of a political rally having freed him from jail was shot at. President Sooronbai Jeenbekov’s decree announced the state of emergency. Armed troops and the Police enforced the curfew measures as political infighting escalated.

Shortly after his election, Zhaparov addressed the state-run press, saying, that he had formed a deep understanding of the political situation in Kyrgyzstan and will take measures ensuring its legality to stabilize the political upheaval in adherence with the country’s law. Uprisings of similar state had ousted Kyrgyz presidents in 2005 and 2010 in the upper hand to the political rivalries that have largely influenced the country’s politics. 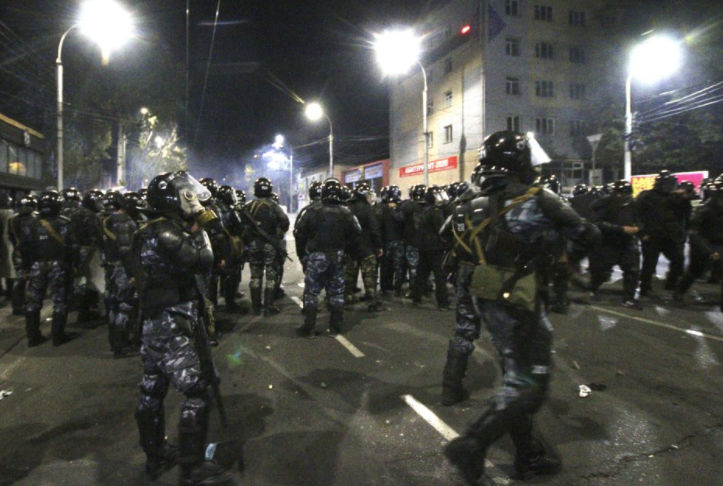 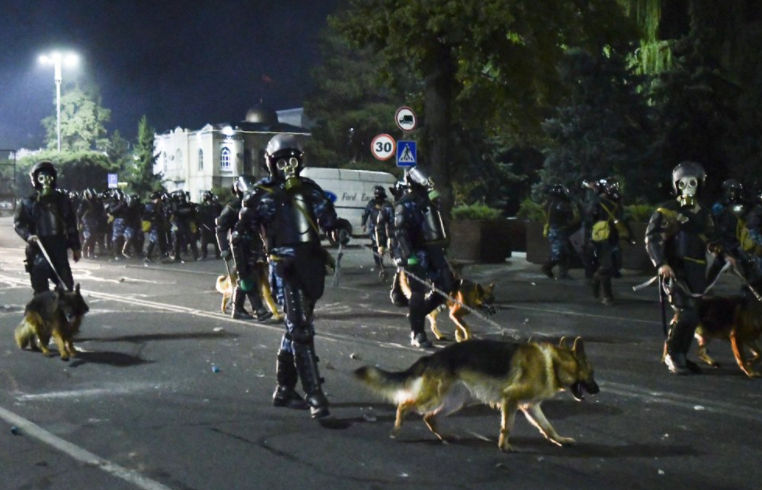 [Riot police disperse protesters during a rally against the results of a parliamentary vote in Bishkek, Kyrgyzstan.] 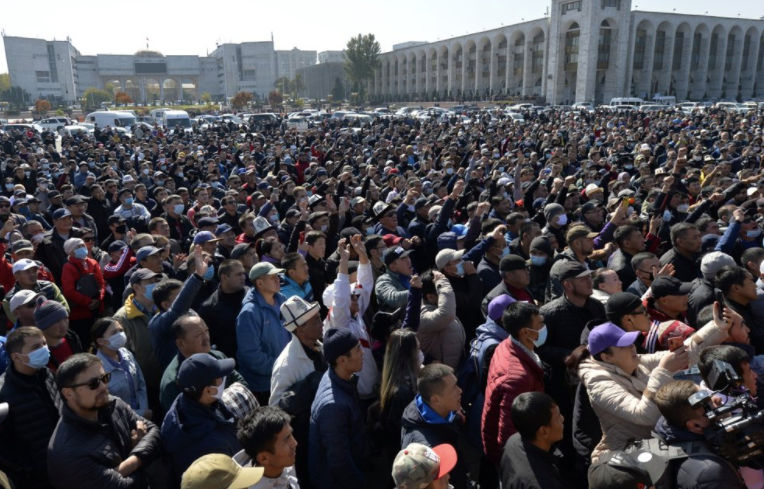 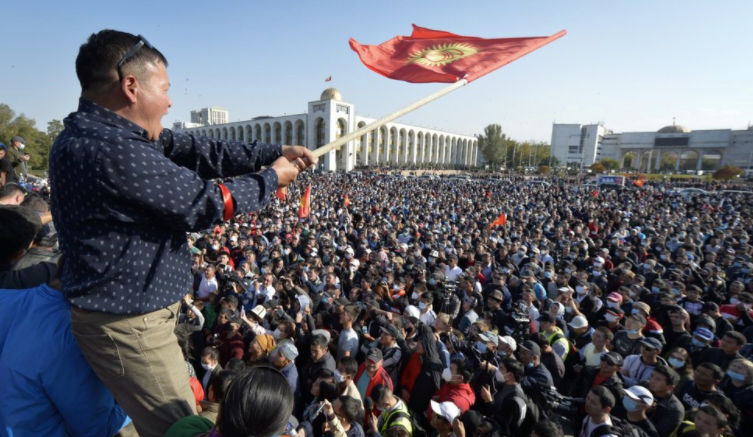 [People protest during a rally on the central square in Bishkek, Kyrgyzstan.] 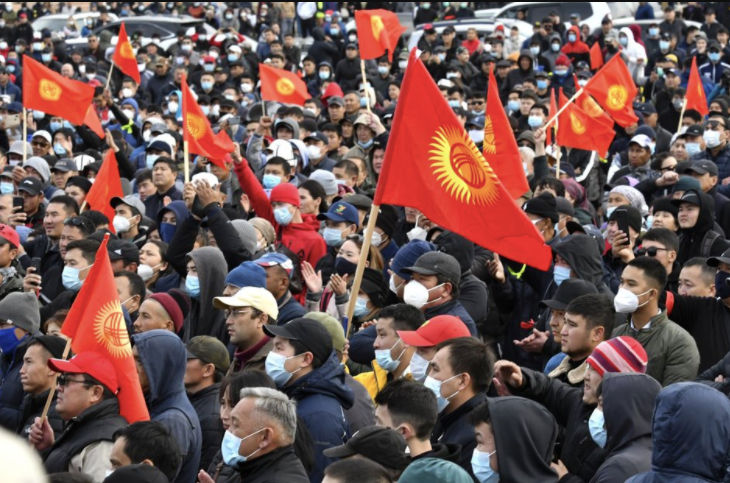 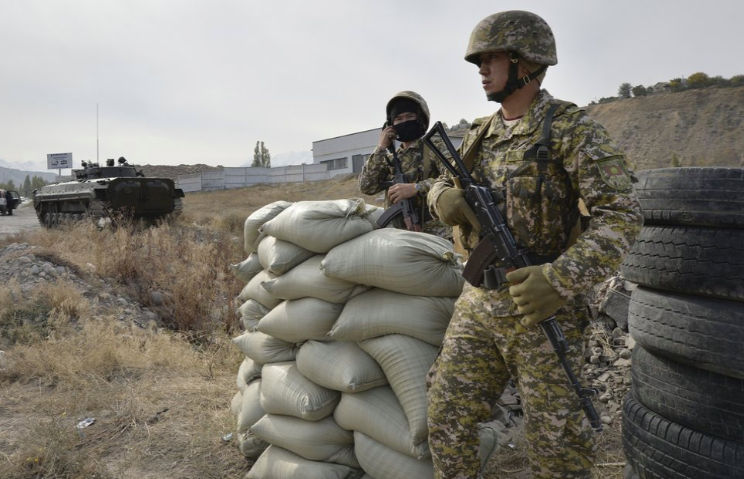 [Soldiers of Kyrgyz army stand at a checkpoint on a city street in Bishkek, Kyrgyzstan.] 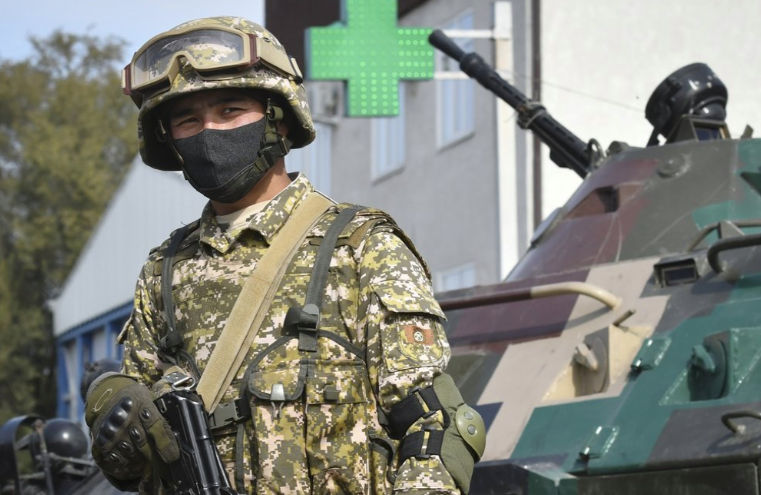