The 17-year-old, Mack Rutherford, took off from Bulgaria's Sofia and traveled through two oceans, five continents and flew twice across the equator 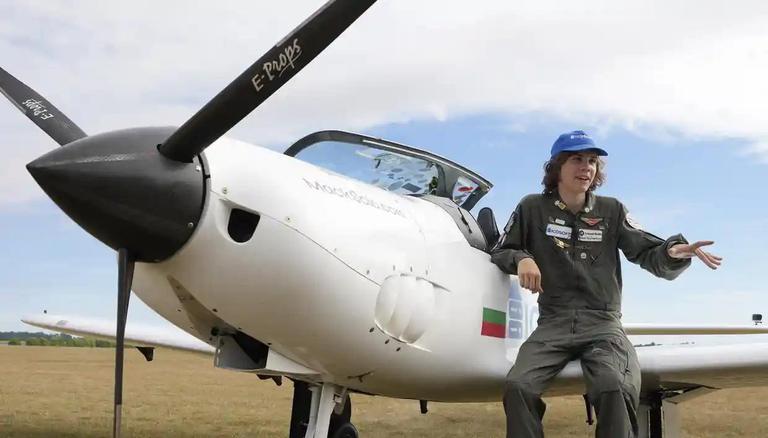 
A British-Belgian teenage pilot has become the youngest individual to fly solo in a small aircraft around the globe. The 17-year-old, Mack Rutherford, took off from Bulgaria's Sofia and travelled through two oceans, five continents and flew twice across the equator. After taking off on March 23 this year, Mack flew across 52 nations before touching down once more in the Bulgarian capital on Wednesday. Notably, he flew for 5 months to create history.

According to The Guardian report, while flying on the way to India, China, South Korea, as well as Japan, the plane passed across the African continent and the Gulf of Mexico. He also travelled over the northern Pacific to Alaska before heading down the US' west coast to Mexico. From there, he flew to the north once more before traveling along the US' east coast to Canada and finally across the Atlantic to Europe.

It is pertinent to mention that Mack Rutherford  broke the Guinness World Record set by 18-year-old Travis Ludlow in 2021, who achieved the feat in 2021 at the age of 18 and in 150 days. Not just this, Mack even broke his 19-year-old sister Zara's record, who in January 2022 flew an ultralight plane around the globe as the youngest person and youngest woman ever to fly solo. With these two accomplishments, Mack has broken two Guinness World Records— by becoming the youngest person to fly solo all around the globe and the youngest person to fly a microlight plane around the world, BBC reported. For this, the British-Belgian pilot flew a swift ultralight Shark with a high speed of 300 km/h.

READ | Advitiya Bal's kin bids IAF pilot a tearful adieu; 'To be a pilot was his childhood dream'

Mack, who was born to British parents, grew up in Belgium. In order to break the world records, he battled sandstorms in Sudan and spent the night on an empty Pacific Island during his journey. While he experienced extreme heat in Dubai, airports were closed in India. He even faced rains amid monsoon season and numerous technical issues. The majority of the delays were brought on by long waits for licences and other documentation, or by having to change planned routes when they were denied, The Guardian reported.

After landing in Bulgaria, the British-Belgian pilot told the media, "Just follow your dreams, no matter how old you are.” He  added, "Work hard and move forward to achieve your goals", Sky News reported.

A sizable crowd gathered at the airport on Wednesday to greet Mack Rutherford. The crowd included his parents, who are both pilots, and his sister Zara. Sam Rutherford, his father, expressed his utmost pride in his children' accomplishments. According to him, a situation like this inspires kids to pursue their aspirations and their parents to support them. Zara, his sister, said that she had regular contact with her younger brother during his voyage, The Guardian reported.

Since he was three years old, Mack wanted to be a pilot. In September 2020, when he was 15 years old, he became the youngest licensed pilot in the world.