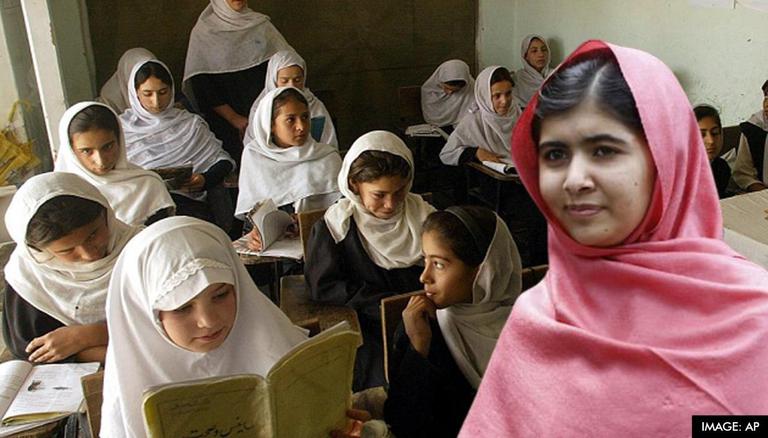 
Penning an open letter published on October 17, Nobel laureate Malala Yousafzai urged the global community to ensure that the Taliban reverses the de facto ban on girls' education. The terror outfit permitted only male students and teachers to return to high schools from September 18 thereby virtually depriving girls of education. Along with women's rights activists Zarqa Yaftali and Shaharzad Akbar, Malala highlighted that Afghanistan is the only country that forbids education for girls.

The letter read, "To the Taliban authorities, you assured the world that you would respect the rights of girls and women — but you are denying millions their right to learn. Reverse the de facto ban on girls’ education and re-open girls’ secondary schools immediately. To the leaders of the G20 nations, discussing the importance of education isn't enough. Use the G20 Leaders' Declaration to call on the Taliban to allow girls to go to school and provide urgent funding to support a coordinated education plan for all Afghan children."

Malala Yousafzai also called upon Muslim countries to issue public statements explaining how religion does not justify preventing girls from going to school. Recently, UNICEF Deputy Executive Director Omar Abdi who visited Kabul told the media that the Taliban will announce a framework to allow all girls to attend secondary school. According to him, the provinces of Balkh, Jawzjan, Samangan, Kunduz and Urozgan had already reopened secondary schools for girls.

On August 31, the Taliban gained control of the Kabul airport after the last batch of US troops left Afghanistan. The terrorist group's takeover of Afghanistan raised fears that it will reinforce the laws which prevailed during its erstwhile regime from 1996 to 2001 that include barring women from attending school and working outside the home. Though the Taliban promised to form an "inclusive" government to run Afghanistan, it announced a caretaker Cabinet that doesn't include any woman.

Moreover, the Ministry of Women's Affairs has been abolished and replaced with the Ministry of Vice and Virtue. This has led to widespread protests in different parts of Afghanistan with women demanding their rightful representation in all walks of life. However, the terrorist group brutally cracked down on Afghan women protesters by using whips and sticks against them. The new government has also passed an order mandating that classes in private universities must be segregated by gender and women must wear an abaya robe and niqab. It also ordered that only women or old men of "good character" can teach female students.