In view of the 'India Out' campaign that has been active across Maldives, President Ibrahim Mohamed Solih on April 21 issued a decree imposing a ban on protests 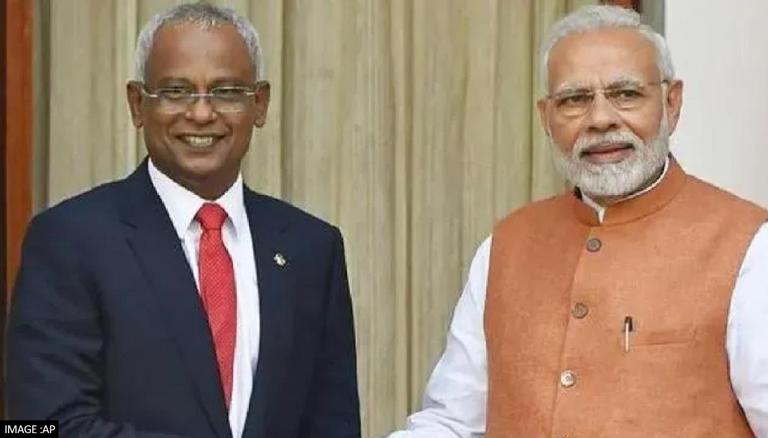 
In view of the 'India Out' campaign that has been active across the Maldives, President Ibrahim Mohamed Solih on April 21 issued a decree imposing a ban on protests against the country. Citing a threat to national security, the President of the island nation directed competent authorities to implement the orders under provisions of the law of the land.

The decree is titled- 'Stopping Campaigns that Incite Hatred Against Various Countries Under Different Slogans'- referred to India Out protests as an organised attempt to disrupt ties between both nations and trigger unrest in the region.

"The Campaign against India, which exploits the freedom of expression and freedom of assembly guaranteed under the Constitution,c is an organised Campaign that intends to disrupt the long-standing bilateral relations between the Maldives and India as well as the important efforts to maintain peace and security of this region, by threatening the peace and security of the Maldives," it further stated.

The directive passed by the Maldivian President stated that the Maldives is bound to ensure the utmost security of delegates situated in the country in view of diplomatic ties and missions. The Presidential orders stated apprehensions that the Maldives may be internationally dejected and its 'age-old foreign policy' may witness a setback if the hatred toward India continued.

"It is clear and evident that the campaign to incite hatred against India has reached levels that threaten national security and as the campaign may disturb the peace and security enjoyed across the Maldives as well as that of the region, and as it may cause an undue burden on the socio-economic security of the Maldives, and especially as it may diminish the trust that the Maldives has among the international community, cause the Maldives to be isolated within the International Community...'

The campaign, first led by a social media activist, is now primarily perceived as the motion forwarded by former President Abdulla Yameen, since his release from prison in December 2021. The notion was cemented after a prominent 'India Out' banner was flagged outside his residence in the capital city of Male and later taken down by police with a court order.

While reports suggest that Yameen has re-rolled the India Out campaign as bait in his re-election vehicle, the incumbent Maldivian President affirmed that a person is free to speech and expression in the island nation but hatred toward a community or country may compel them to exist in a vacuum.