From October 4 to 15, the eighth iteration of the India-Sri Lanka bilateral joint exercise Mitra Shakti will be held in Ampara, Sri Lanka. 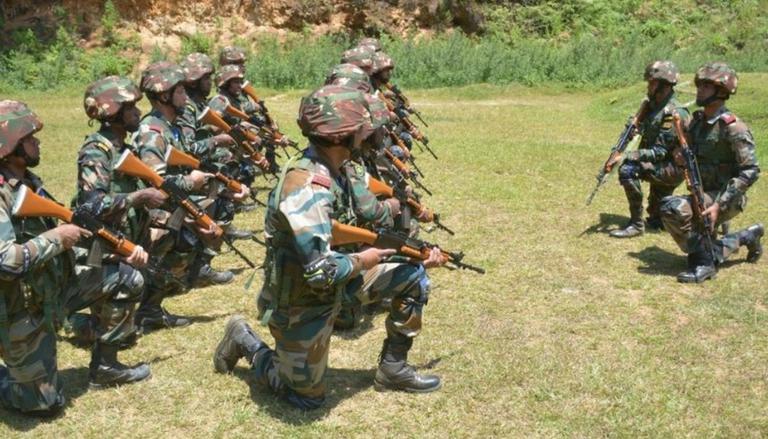 
From October 4 to 15, the eighth iteration of the India-Sri Lanka bilateral joint exercise Mitra Shakti will be held at the Combat Training School in Ampara, Sri Lanka. The exercise would include an all-arms contingent of 120 Indian Army personnel and a battalion from the Sri Lankan Army, according to a statement from the Ministry of Defence.

The statement suggests that the exercise's goal is to establish closer ties between the military of both countries, improve interoperability, and share best practices in counter-insurgency and counter-terrorism operations. According to the ministry, the exercise will involve tactical level operations at the sub-unit level in an international counter-insurgency and counter-terrorism environment. It will go a long way in further strengthening the relationship between the two South Asian nations and will act as a catalyst to bring synergy and cooperation at the grassroots level between both Armies.

Mitra Shakti is a counter-insurgency and counter-terrorism training programme for subunits. Under the United Nations (UN) mission these operations are trained in rural and urban environments. The Mitra Shakti exercise is designed to integrate the dynamics of UN peacekeeping missions. The Mitra Shakti workout entails discussions that are both practical and comprehensive and exercising tactics. It aims to improve the interoperability and operational capability of both armies' forces.

Six Mitra Shakti exercises have taken place between India and Sri Lanka, with the first taking place in Colombo in 2014 and the second in Pune the following year. In 2016, the third exercise took place in Ambepussa, Sri Lanka. The fourth exercise was held in Pune for the second time in 2017. In 2018, the fifth Mitra Shakti exercise was held in Sri Lanka and in 2019, Pune hosted the event once more. The eighth iteration of the exercise is scheduled to take place in Ampara, Sri Lanka.