In a tribute to Mahatma Gandhi to mark his 150th birth anniversary, Indian Embassy in France announced the release of a postage stamp

In a tribute to Mahatma Gandhi to mark his 150th birth anniversary, Indian Embassy in France announced the release of a postage stamp. Partnering with French postal service company La Poste, the stamp has been released prices at €1.30. They released the stamp on Wednesday. The stamp bears a quote by Gandhi - "God is truth".

READ: What If Mahatma Gandhi Was A Central Banker Today?

Below is the picture of the stamp: 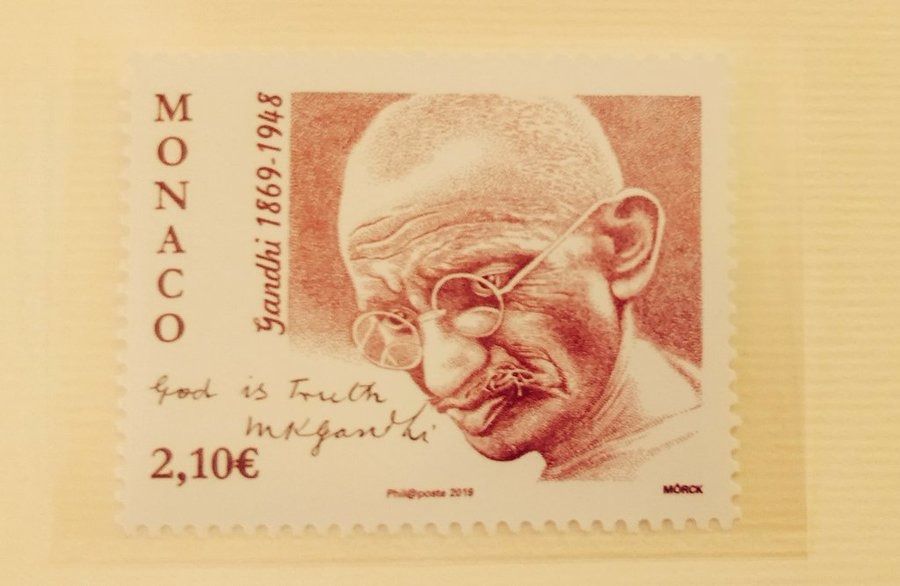 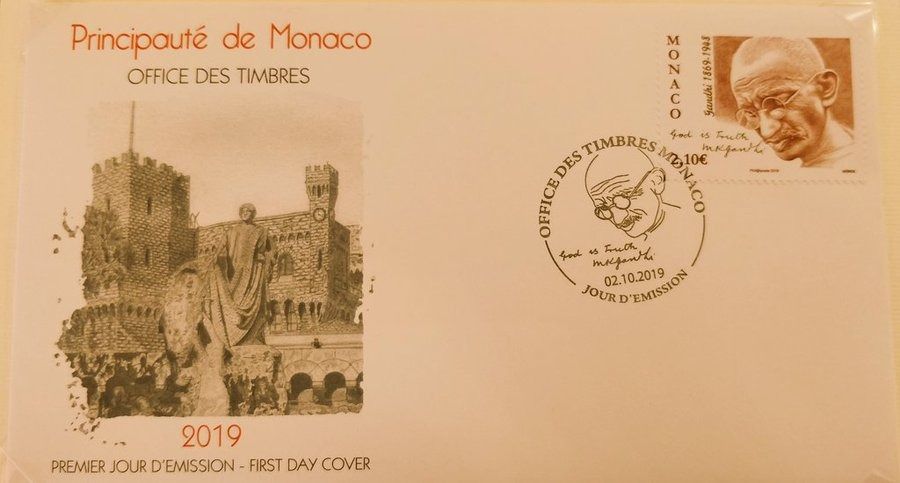 French Riviera microstate Monaco had announced the release of these postage stamp. Priced at 2.10 euros, 40,000 stamps has been released, at the ‘Office des Timbres’, the ‘Musee des Timbres et des Monnaies’- the post offices and philatelic counters of the principality said. “It will be included, with other values, in the second part of the philatelic programme 2019 and offered to our subscribers and customers,” it added. Earlier in August, Prime Minister Narendra Modi released postage stamps on Mahatma Gandhi to commemorate his 150th birth anniversary in Abu Dhabi in the presence of Crown Prince Sheikh Mohamed Bin Zayed Al Nahyan.

PM Modi on October 2, explained the contributions of Mahatma Gandhi towards building a nation in his video message. He said, “The whole world is celebrating the 150th birth anniversary of Mahatma Gandhi. His message of truth and non-violence is still relevant in the context of peace, progress, and development in the world. Mahatma Gandhi never tried to create a forceful impact through his life, but his life became the reason of inspiration to all. His commitment to his principles made him denounce seven perversions in life. These seven distortions cited by Mahatma Gandhi are still relevant. The sevens things include wealth without work, pleasure without conscience, knowledge without character, business without ethics, science without humanity, religion without sacrifice and politics without principles. Whether its climate change or terrorism, corruption or social life compelled by interest, Gandhi Ji’s principles help us in saving humanity. I am sure that this path shown by Gandhi Ji’s will help in the development of a better world.”