The NUG termed it 'Christmas massacre' after over 30 people, including women and children, were allegedly killed and their bodies had been burned in Myanmar. 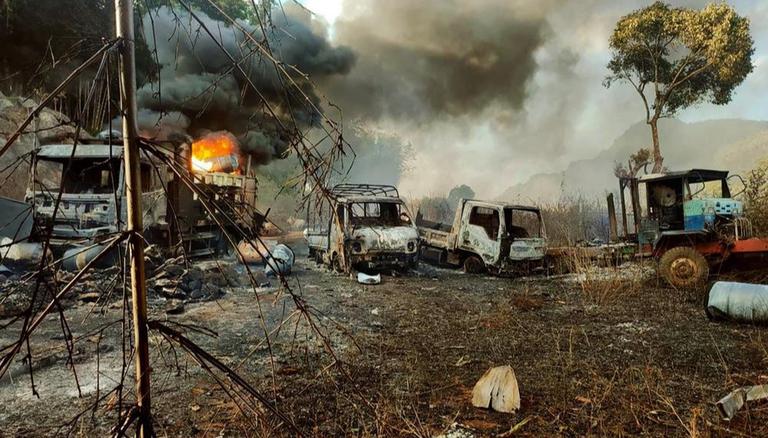 
The Karenni Human Rights group has alleged that at least 30 people, including women and children, were killed in Kayah. The human rights group further mentioned that two members of the international humanitarian group “Save the Children” remained missing. The National Unity Government (NUG) described the killings as a “Christmas massacre in Karenni state”, ANI cited CNN report.

Furthermore, the NUG alleged that the Myanmar military has “detained an unconfirmed number of villagers” and also destroyed their properties .The National Unity Government (NUG) in its statement reiterated its demands and called upon the international community to “immediately” take action. The NUG further urged the international community to make efforts in ending the Myanmar military's increase in crimes against the people of the country.

"As the world celebrates Christmas and its message of peace, the NUG repeats its demands on the international community to act immediately and decisively to end the military junta's escalating war crimes and crimes against humanity against the Myanmar people," the National Unity Government said in statement as per ANI.

The Karenni Human Rights group revealed that “charred remains” were found and identified near Hpruso Township in Karenni on December 25. Meanwhile, the international NGO Save the Children has informed that two of their staff members who were visiting home for the holidays remained missing.

The NGO stressed that their private vehicles had been attacked and added that the military had "reportedly forced people from their cars, arrested some, killed others and burned their bodies."

Moreover, 'Save the Children' has informed that they have suspended their work in Kayah, Chin and parts of Magway and Kayin and alleged that 38 people have been killed.

More than 1,370 people have been killed

On February 1, the Myanmar military overthrew the democratically elected government of Aung San Suu Kyi. Since then, people of the country have been protesting against the Myanmar military.  According to the Assistance Association For Political Prisoners (BURMA), 1,375 have died, 11,202 people have been arrested while 1,964 people are currently evading warrants in Myanmar.