Myanmar: Thousands Rally For The Second Day In Defiance Of Military Coup

Angry Myanmar citizens, many of whom were seen clad in Suu Kyi’s political party signatures, protested “We do not want military dictatorship” as they rallied.

Thousands crying chants against the military’s unlawful seize of power congregated for the second day in Myanmar’s biggest city, Yangon, despite the nationwide internet outage. Protesters, waving Aung San Suu Kyi’s National League for Democracy (NLD) flags, and pro-democracy banners demanded the civilian leader’s release, as they rebuked the ‘dictatorship’. “We demand democracy”, the mob chanted as they rallied through the downtown Yangon, in defiance of the military’s takeover of political leadership, according to several ground reports.

Angry citizens, many of whom were seen clad in Suu Kyi’s political party signatures, protested “We do not want military dictatorship”. Scores of military police in riot gear and carrying protective shields were deployed as protesters confronted the officers flashing three-finger Hunger Games salute, typical of a pro-democratic movement that defies authoritarianism first adopted by Bangkok. Many protesters banged the pots and pans to show solidarity with the demonstrators as they chanted "Long live Mother Suu" — a reference to ousted leader Aung San Suu Kyi. 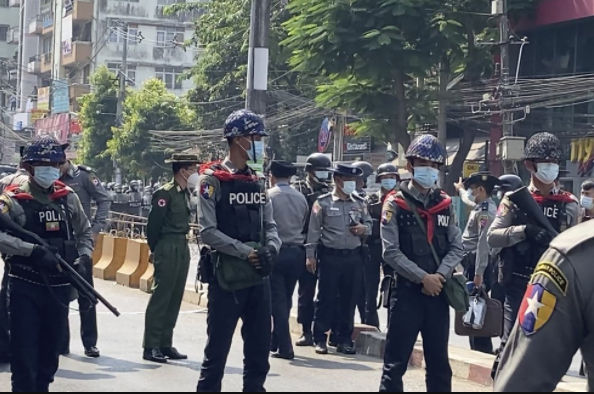 According to an analysis by the internet monitoring group NetBlocks Internet Observatory, the military’s Junta party snapped the internet to squash the movement, with connectivity falling as low as 16 percent in some areas. Additionally, the military blocked access to Twitter and Instagram, a move, which was condemned by the networking sites. Reports suggest, that many of those protesting, flouted the near-total Internet blackout by using virtual private networks (VPNs) and calling for people’s participation in the civil disobedience movement. According to a National League for Democracy party Facebook page’s update posted earlier, Aung San Suu Kyi’s party drafted a 300 politicians committee to conduct the functions of Parliament.

Furthermore, the party dispatched a letter to the United Nations and the international community to sanction the trade and cut ties with the military. In support of the party, at least 400 protesters in total rallied at two universities in Yangon, including students and factory workers. A protesting lecturer Dr. Nwe Thazin told AP, “We will never be together with them,” adding that “We [citizens] want that kind of government to collapse as soon as possible,” as he demonstrated against the military at a protest at the Yangon University of Education. 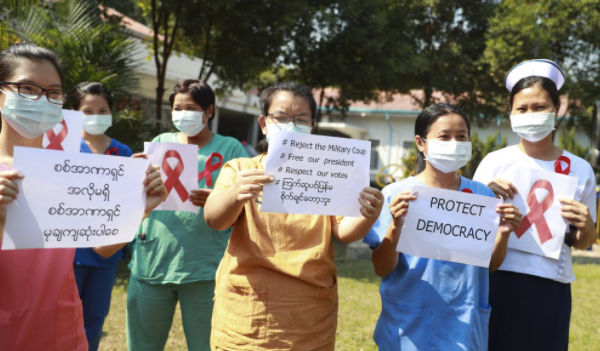 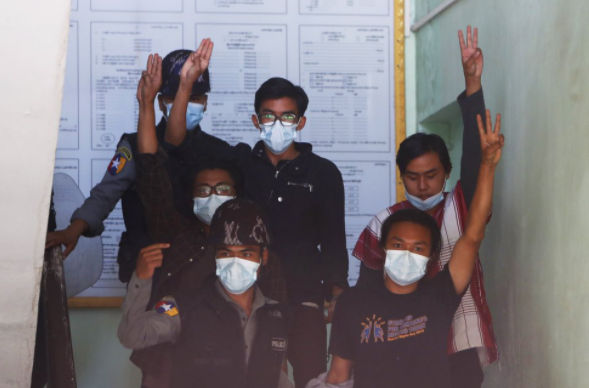 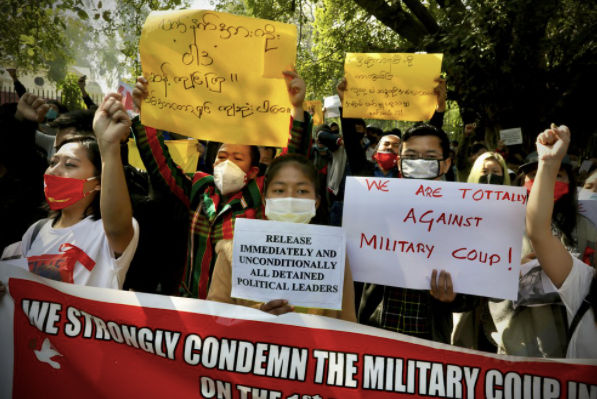 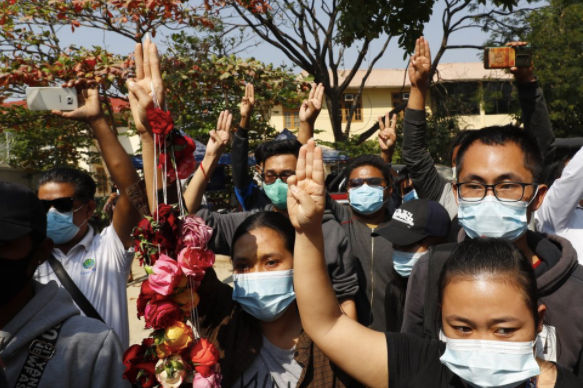 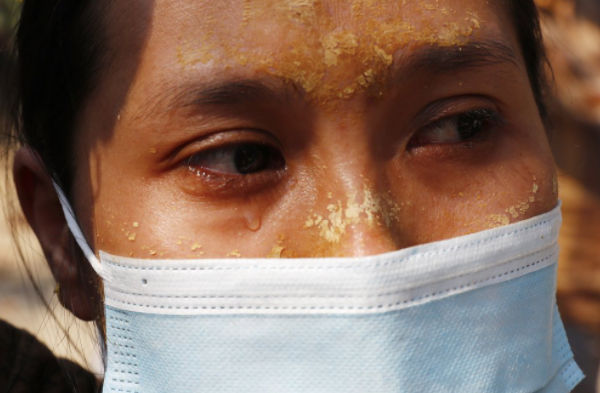 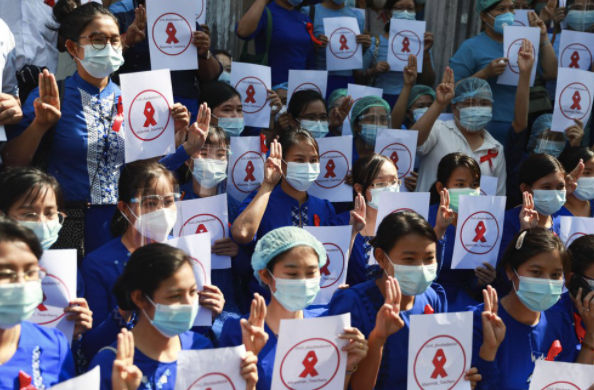 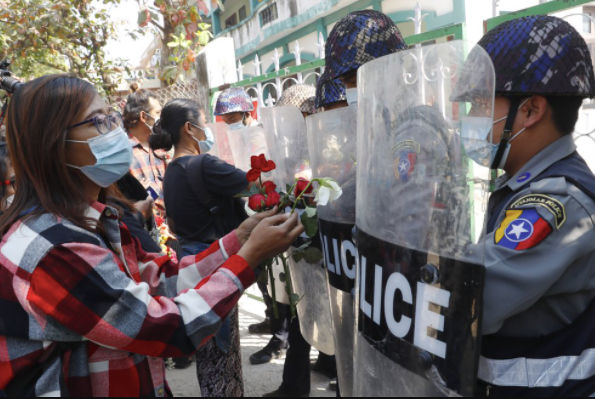