Nepal declared that it would not permit citizens from a third country to travel to India by rail via the recently opened Kurtha-Jayanagar railroad. 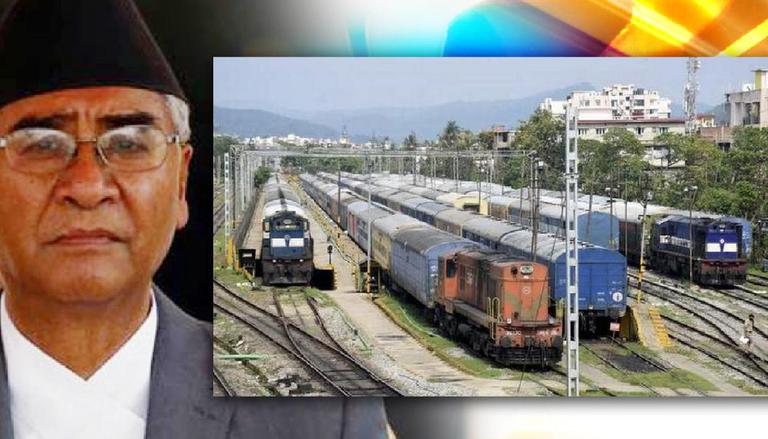 
In a key development, Nepal on Saturday declared that it would not permit citizens from a third country to travel to India by rail via the recently opened Kurtha-Jayanagar railroad. This decision comes after Indian officials raised security concerns, reported The Kathmandu Post. Deepak Kumar Bhattarai, Director General of Nepal's Railway Department, stated that this was agreed upon while drafting the Standard Operating Procedures (SOPs) for cross-border railway operations. The SOP is a document that lays forth the procedures that must be followed when operating a railway service. Last month, Nepal and India signed an agreement in New Delhi and on October 22, India handed over the 34.9-kilometre Kurta-Jayanagar railway infrastructure to Nepal.

The new infrastructure was built for broad gauge railway operations replacing outdated infrastructure that had been used for narrow-gauge railway services. As the country still has no law in place to oversee railway operations, two Diesel Electric Multiple Unit train sets have been lying unused in Janakpur since September 2020. "The Indian side had initially requested that third-country nationals be fully excluded from utilising the railway system, but we rejected this suggestion. The two parties then agreed that third-country nationals would be allowed to travel on the railway within Nepal but would not be allowed to enter into India," Bhattarai was quoted as saying by The Kathmandu Post.

One of the reasons for the agreement's protracted delay, according to Bhattarai, was India's security concerns. As Nepal and India share a porous border, the Indian establishment has long been concerned that criminals and terrorists could utilise the weak border to harm the country. Notably, both sides have become victims of cross-border crime over the last few years. Bhattarai stated that Nepal will also alert India about the passengers on board in order to ensure security clearance at the crossing point. Even though the agreement has been signed, it is unclear when the railway service will begin because the Nepal government has failed to pass a railway law. Besides, the Nepal Railway Company is yet to hire personnel to manage the service.

It should be mentioned here that to lessen the risk of accidents, the Nepal government plans to limit the number of road and railroad intersections along the Kurtha-Jayanagar Railway route. Meanwhile, officials stated that they hoped to reopen the railway service by the end of this year, reported the outlet. Notably, once the service resumes, Nepal will have a modern railway system for the first time in the country's history. From 1937 to January 2014, a small gauge railroad ran between Janakpur and Jaynagar to serve the public in the country.