New COVID Variant: All About B.1.1.529 Found In South Africa & Its Impact On India So Far

Percentage of COVID-19 coronavirus testing samples that contain the B.1.1.529 variant shot up well above 50% in a matter of just 2 weeks, warn scientists. 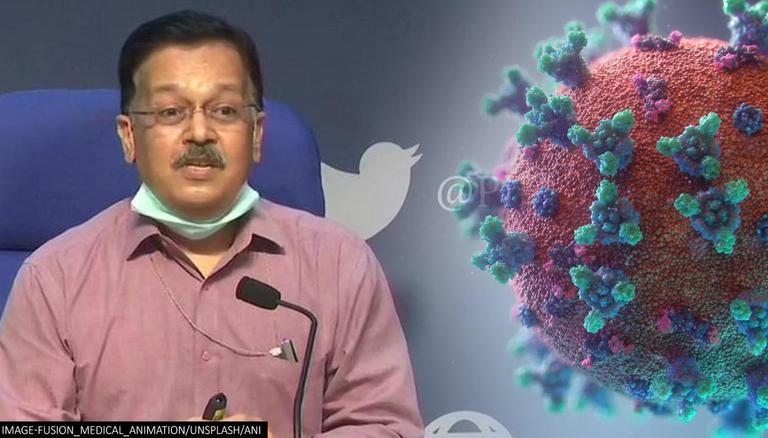 
National Centre for Disease Control on Thursday alerted the Government of India about “multiple cases” of the new coronavirus variant B.1.1529, which was detected in Botswana with three confirmed cases, South Africa with nearly 6 confirmed cases and then in Hong Kong with one confirmed case. The B 1.1529 variant, now named ‘Nu’ by the WHO was first detected in South Africa and has a “very unusual constellation” of mutations. While India’s States and Union Territories have been cautioned against this "really awful, heavily mutated" strain of the novel severe acute respiratory syndrome coronavirus 2 (SARS-CoV-2), it is the first deadly variant since the pandemic that is being labelled as the “variant with the most mutations” with much more transmissibility than the Delta variant.

"This variant is reported to have a significantly high number of mutations and thus has serious public health implications for the country, in view of recently relaxed visa restrictions and opening up of international travel," warned the Centre.

Meanwhile, Dr. Maria Van Kerkhove, WHO’s technical lead on COVID-19, said in a Q&A that was live-streamed on the organization’s social media channels, said: “We don’t know very much about this yet. What we do know is that this variant has a large number of mutations. And the concern is that when you have so many mutations, it can have an impact on how the virus behaves."

All about 'Nu' COVID-19 variant

The immune protection from COVID-19 vaccination or antibodies from the recovery of the previous infection is oriented towards the spike proteins known to scientists from the previous variants of coronavirus. Scientists believe that such protection is deemed less effective if the spike protein of the virus transformed heavily. The medic community had earlier sounded concerns about a possible “escape variant” that might emerge, much different from the variants that emerged in the past, and one that may easily evade the immune protection or the jabs.

READ | Saudi Arabia to revoke travel ban from six countries, including India and Pak from Dec 1

As the ten confirmed cases of the B.1.1.529 variant were confirmed as of Thursday, Nov. 25, Tulio de Oliveira, Ph.D., Director of the Centre for Epidemic Response & innovation (CERI) in South Africa said at a presser that the new B.1.1529 variant is of “great concern” and is “really worrisome at the mutational level.”  Oliveira has warned the scientific community worldwide to control this particular “so it does not spread in the world.”

“This new variant, B.1.1.529 seems to spread very quick! In less than 2 weeks now dominates all infections following a devastating Delta wave in South Africa now at 75% of last genomes and soon to reach 100%,” Tulio de Oliveira cautioned. He further confirmed that there’s an estimated 90% of the cases in Gauteng.

This new variant, B.1.1.529 seems to spread very quick! In less than 2 weeks now dominates all infections following a devastating Delta wave in South Africa (Blue new variant, now at 75% of last genomes and soon to reach 100%) pic.twitter.com/Z9mde45Qe0

This implies, that the percentage of COVID-19 coronavirus testing samples that contain the B.1.1.529 variant shot up well above 50% in a matter of just 2 weeks. The scientific community is now concerned with the transmissibility of the new variant as it went from barely detected to spreading among the majority of the samples. While the World Health Organization (WHO) has called for an emergency meeting by midday Friday, the scientists are still unclear that with whopping 32 mutations on the protein spike, whether the existing antibodies would even react to the variant.

A virologist at Imperial College London, Tom Peacock warned that the vaccines are trained to neutralise the variant by “recognising the spikes.” Such a degree of mutation, 32, found in the B.1.1.529 can be potentially very problematic for the mRNA vaccines, like Pfizer and Moderna. Another scientist, Francois Balloux, professor of computational systems biology at University College London, shockingly revealed to Sky News that the "constellation" of mutations on B.1.1.529 might have “evolved” during a “chronic infection of an immunocompromised person, possibly in an untreated HIV/AIDS patient”.

Prof Ravi Gupta, Professor of Clinical Microbiology, University of Cambridge, meanwhile, also confirmed the same with Science Media Center, saying that B.1.1.529 has “signatures of cumulative mutation”, which indicates that it emerged in chronic infection.

“B.1.1.529does certainly look of significant concern based on mutations present.  Many have been shown to impact binding by neutralizing antibodies, and some are known to increase the ability of the virus to enter cells or to make them fuse together to allow cell-cell spread.”