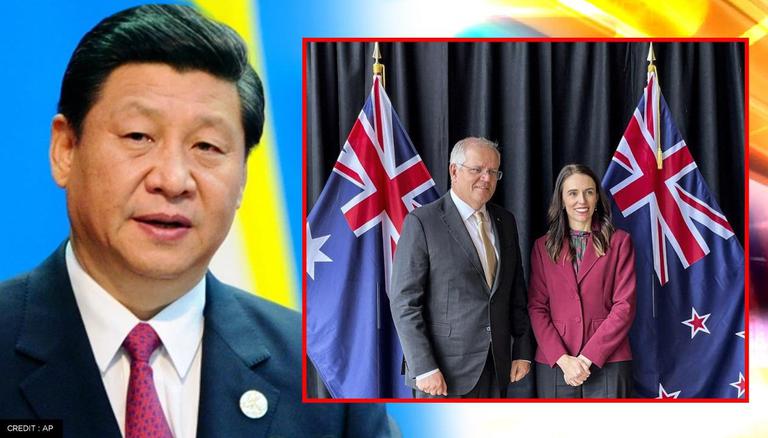 
New Zealand Prime Minister Jacinda Ardern and Australian counterpart Scott Morrison, who met for the first time in person on May 31, downplayed their differences over China and called for more investigation into the origin of COVID-19. In a joint statement, following the face-to-face talks, the two leaders indicated that their opposite approach in dealing with China will not hamper their bilateral relations. While New Zealand Government has faced criticism over the diplomatic approach in dealing with the Asian country, the Australian government, on the contrary, has taken a stringent stance against Beijing especially in recent months.

Australian Prime Minister Scott Morrison who is visiting New Zealand met with Jacinda Ardern in the tourist resort of Queenstown. Morrison is also the first world leader to visit the Kiwi nation since both countries shut down their borders to control the COVID-19 pandemic. Even though their dealings with China is different, Morrison said that he and Ardern share similar philosophies. However,m critics have termed New Zealand ‘too soft’ in the face of Beijing.

“Australia and New Zealand are trading nations,” Morrison said. “But neither of us would ever trade our sovereignty or trade our values. We have stood side-by-side to defend and protect and promote these values. Not just on the beaches of Gallipoli but in Afghanistan and so many other places around the world.”

Meanwhile, Ardern also said that New Zealand maintained a strong as well as a principled stance towards China, especially on human rights and trade. New Zealand PM noted that its position is very similar to that of Australia. "You'll see that Australia and New Zealand have broadly been positioned in exactly the same place on these issues consistently," Ardern told reporters.

"So I really push back on any suggestion that we are not taking a strong stance on these incredibly important issues,” she added.

According to Morrison-Ardern’s joint statement, they “expressed deep concern over developments that limit the rights and freedoms of the people of Hong Kong and undermine the high degree of autonomy China guaranteed Hong Kong until 2047 under the Sino-British Joint Declaration. The Prime Ministers also expressed grave concerns about the human rights situation in the Xinjiang Uyghur Autonomous Region and called upon China to respect the human rights of the Uyghur people and other Muslim minorities and to grant the United Nations and other independent observers meaningful and unfettered access to the region.”