Nobel Prize For Medicine Or Physiology 2021: What Are Touch & Temperature Receptors?

Hours after announcing the two recipients of the 2021 Nobel Prize for medicine, the academy released the audio of the interview with laureate Ardem Patapoutian 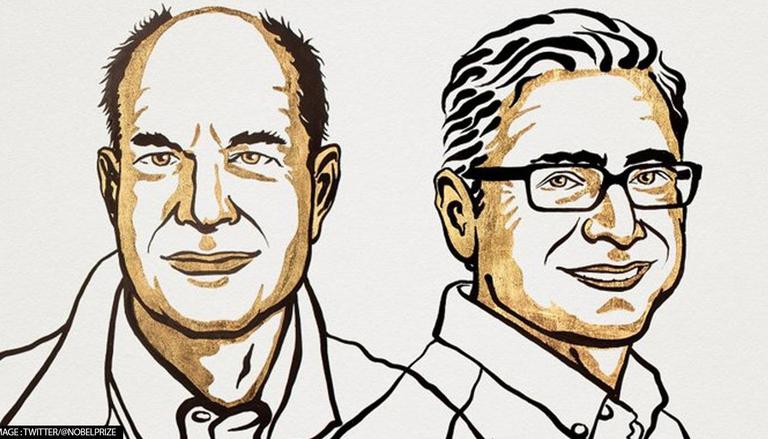 
Hours after announcing the two recipients of the 2021 Nobel Prize for Medicine or Physiology, the academy released the phone call interview of one of the laureates Ardem Patapoutian that took place at 2 AM in the morning. While talking about the discovery that led him to win one of the most prestigious awards in the world, Patapoutian said that the sensors he found were due to “this big elephant in the room.”

In the official release announcing Patapoutian and Julius’ Nobel Prize, the academy said that Patapoutian used “pressure-sensitive cells to discover a novel class of sensors that respond to mechanical stimuli in the skin and internal organs.” Patapoutian said “it was very special” to receive the news of winning the Nobel Prize from his father as the academy official was unable to reach the scientist who had his phone on ‘Do Not Disturb’ or ‘DND.’

The Swedish Academy was unable to reach out to Patapoutian at first which prompted the officials to call his 92-year-old father in Los Angeles. When the Nobel laureate was asked about the pressure receptors and the “right questions” that led to the discovery, Patapoutian said, “In science, many times, it’s the things that we take for granted is that of high interest. Us being in the field of sensing touch and pain, this was kind of the big elephant in the room…”

“...Where we knew they existed, we knew they did something very different and how most other cells communicate with each other which is through chemicals, and it was a difficult question to answer because technically, it was difficult,” said the Ardem Patapoutian.

“This was a big unknown and ignored,” he added.

"This was kind of the big elephant in the room."

For 2021 medicine laureate Ardem Patapoutian, figuring out how our sense of touch works was an unsolved mystery.

Listen to our interview with our new #NobelPrize laureate now! pic.twitter.com/HionvwPMnG

Just in! New medicine laureate Ardem Patapoutian and his son Luca, watching the #NobelPrize press conference shortly after finding out the happy news.

Stay tuned for our interview with Patapoutian coming up soon!

Contribution of Patapoutian and Julius’ discoveries

Meanwhile, the committee, while explaining the award, said, “The groundbreaking discoveries of the TRPV1, TRPM8 and Piezo channels by this year’s Nobel Prize laureates have allowed us to understand how heat, cold and mechanical forces can initiate the nerve impulses that allow us to perceive and adapt to the world around us. The TRP channels are central to our ability to perceive temperature. The Piezo2 channel endows us with the sense of touch and the ability to feel the position and movement of our body parts.”

The committee added, “TRP and Piezo channels also contribute to numerous additional physiological functions that depend on sensing temperature or mechanical stimuli. ” Julius and Patapoutian were jointly awarded the 2021 Nobel Prize for Physiology or Medicine for their discoveries of receptors for temperature and touch.

The award-giving body on Monday announced the recipients of the prize by the Royal Swedish Academy of Sciences and is worth 10 million Swedish crowns or US$1.15 million. In a statement, the academy said that “Our ability to sense heat, cold and touch is essential for survival and underpins our interaction with the world around us.”