A day after North Korea acknowledged the COVID-19 outbreak in the country, it accused the balloons and drones from overseas of spreading the lethal virus. 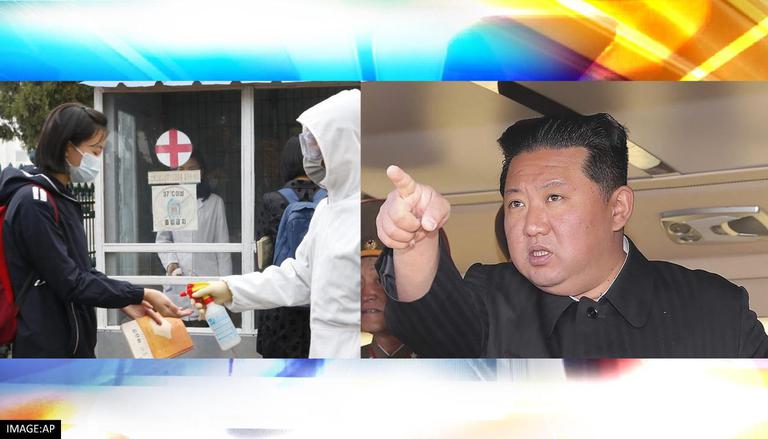 
A day after North Korea acknowledged the COVID-19 outbreak in the country, it accused 'balloons and drones' from overseas of spreading the lethal virus, reported NK News on Friday. The allegation came after 3,50,000 have been treated for a fever that has spread explosively across the country. As of now, the country has reported the deaths of at least six people. This prompted Supreme Leader Kim Jong-un to invoke an emergency in the country. According to the North’s official Korean Central News Agency (KCNA), nearly 1,90,000 are currently under quarantine following a rapid spread of fever across the nation in recent weeks.

The major revelation of the outbreak came after an unspecified number of people who were suffering from fever in the national capital, Pyongyang, tested for the COVID-19 virus. Pyongyang's health ministry confirmed that the infected were suffering from the deadly Omicron variant. Meanwhile, reacting to the abrupt acceptance of COVID cases in the country, experts noted that the Supreme Leader wants to take advantage of the situation to justify more controls on its citizens.

While another expert noted it was possible that the spread of the virus was revved by a massive military parade in the national capital, Pyongyang on April 25. During the parade, the North Korean leader took centre stage and showcased the most powerful missiles of his military nuclear program in front of tens of thousands.

It is worth mentioning that this was the first time when North Korea acknowledged the scale of virus transmission in the country since COVID-19 engulfed the planet. However, the actual figures were not immediately known. Also, it is believed that the leader has not implemented the proper vaccination module in the country, resulting in fear among the international health agencies. Also, for the first time, the North Korean leader and other senior officials were seen wearing masks as they entered a meeting room on Thursday. However, later in the meeting, Kim was seen unmasked and sitting at the head of a table where all other officials remained masked.