The North Korean state media has warned the young adults against using South Korean slang instead urged them to speak in the country’s standard language. 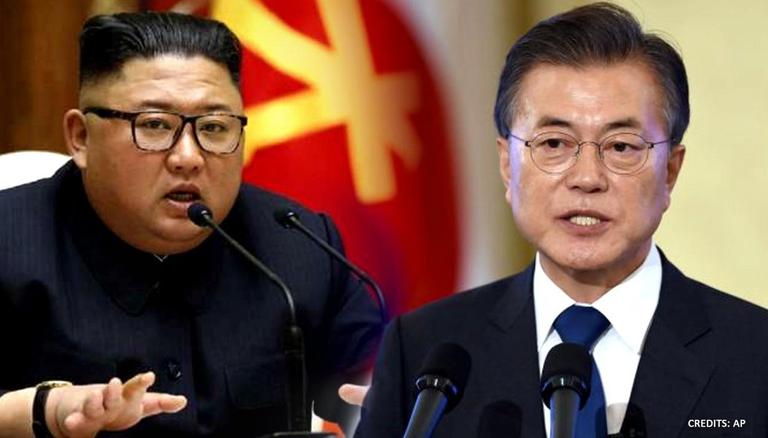 
North Korean state media has warned young adults in the secretive country against using South Korean slang. The Hermit nation instead urged them to speak in North Korea’s standard language, based on dialect in Pyongyang. North Korea’s official newspaper issued fresh warnings against the adoption of fashions, hairstyles and music from across the border in the South. As per the BBC report, the latest move by North Korean authorities is a part of the sweeping new law that seeks to eradicate any foreign influence with severe penalties.

With the growing global recognition of South Korean culture, Rodong Sinmun newspaper warned the North Korean millennials of the dangers of following the pop culture. Reportedly, the article in the North Korean state media read, “The ideological and cultural penetration under the colourful coloured signboard of the bourgeoisie is even more dangerous than enemies who are taking guns.” It further laid emphasis that Korean based on Pyongyang dialect is “superior” and called for the young people to use the same correctly.

The newspaper further stated that as much as North Korea’s political system was at the stake. As per The Guardian report, the article said, “When the new generations have a sound sense of ideology and revolutionary spirits, the future of a country is bright. If not, decades-long social systems and revolution will be perished. That is the lesson of blood in the history of the world’s socialist movement.”

Not the first such warning in North Korea

The latest Rodong Sinmun newspaper article is not the only time that such a warning was floated in the country against embracing the South Korean popular culture, including K-pop, Korean dramas, dressing sense and even dance moves. Most recently, Kim Jong Un’s regime seeks to stamp out the South Korean slang which includes, for instance, a woman calling her husband “oppa” which means “older brother” but is often referred to a boyfriend.

The foreign influence is reportedly seen as a threat to North Korea’s communist regime and its supreme leader, Kim Jong Un’s stronghold on power. As per New York Times report, he recently labelled K-pop “vicious cancer" that corrupts the youth of North Korea. Any North Korean hoarding media from South Korea, the United States or Japan reportedly faces the death penalty and those watching it face prison camp for at least 15 years.