Sadhguru questioned Twitter for its absence of evenhandedness and fairness after it took down handles of ISKCON Bangladesh & Bangladesh Hindu Unity Council. 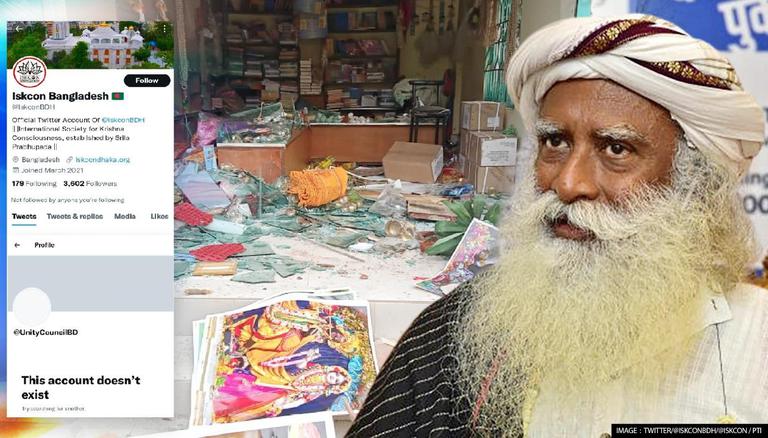 
Isha Foundation founder and mystic Sadhguru on Wednesday lashed out at Twitter for its (missing) sense of evenhandedness and fairness after Twitter handles of International Society for Krishna Consciousness (ISKCON) Bangladesh and the Bangladesh Hindu Unity Council were taken down.

In a tweet, Sadhguru said, "Protect the perpetrators, punish the victims. Is this @Twitter's sense of evenhandedness and fairness. Atrocious!"

Protect the perpetrators, punish the victims. Is this @Twitter's sense of evenhandedness and fairness. Atrocious! - Sg https://t.co/PLnoJQWSZk

ISKCON seeks explanation from Twitter for shutting down two accounts

The ISKCON on Wednesday informed that two of their accounts were apparently unavailable on Twitter. Taking to the microblogging site, the religious body demanded the platform to issue a clarification on why these accounts were suspended. The demand was made by Yudhistir Govinda Das, ISKCON's Communications Director.

In a tweet from his personal account, Das asked if there is any pressure from the Bangladesh government. "Why are Hindu voices are being silenced in the midst of an emergency," he asked.

Twitter needs to explain why have they shut down @IskconBDH and @unitycouncilBD amidst the brutal attacks. Is this pressure from #Bangladesh government or @Twitter?

Why are Hindu voices are being silenced in the midst of an emergency. @Iyervval

Devotees at the ISKCON temple in the Noakhali area in Bangladesh were attacked by a huge mob on Dusshera, killing one person and injuring several others. The temple belongings were also damaged. Apart from this, during the Durga Puja celebrations, a series of attacks have taken place on minority Hindus in Bangladesh.

Speaking to Republic Media Network, ISKCON National Communication Director Vrajendra Nandan Das criticised Twitter's action and said that truth should not be silenced. "If we are sharing information through Twitter, people should know. They shouldn't have done this. We will reach out to our ISKCON counterparts in Bangladesh and Twitter and try finding out the truth," he said.

Kolkata ISKCON Vice President Radharaman Das also expressed similar views on the Twitter ban and said that two blocked handles were connecting victims to the world.  "Twitter has killed our voice. Even my Twitter handle is locked many times. I had to delete some of my tweets and after that, I was able to access my account," said Das.

He further alleged that Jack Dorsey's firm has become part of the group targeting Hindu minorities in Bangladesh. "People will continue to suffer. These two accounts were showing the horrific pictures and telling the stories, so that the world can see what is happening," Das added.