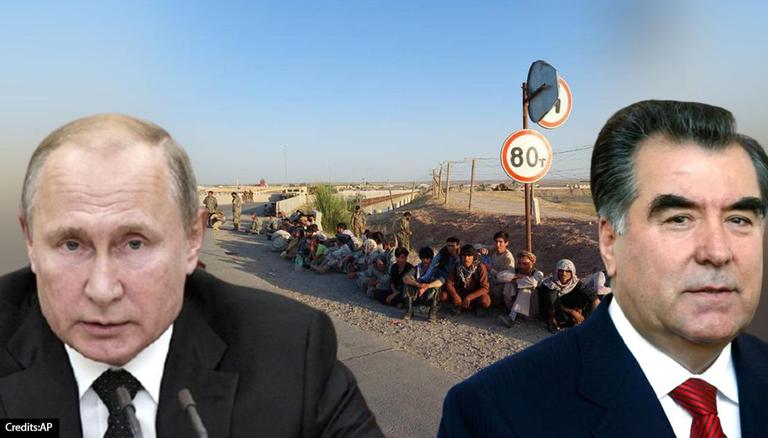 
Russian President Vladimir Putin on July 5 called Tajikistan President Emomali Rahmon as over 1,000 Afghan troops fled the Taliban advances in the north by crossing the border into Tajikistan. A drastic surge in wins of the extremist group in northern Afghanistan has caused several countries to shut their consulates in the regions and reservists are also being called up to reinforce the southern border, reported the Associated Press citing officials. Following the recent developments in the Afghan-Tajik border, Putin dialed Rahmon to exchange views on the same issue.

The official statement by the Russian President’s office stated, “The discussion focused on the difficult situation on the Tajik-Afghan border caused by the escalation of armed confrontation in Afghanistan, including in the border area. Vladimir Putin confirmed his readiness to provide Tajikistan with the necessary support, both bilaterally and within the framework of the Collective Security Treaty Organisation.”

“Both leaders expressed their mutual commitment to further strengthening Russia-Tajikistan relations of strategic partnership and alliance. It was agreed to maintain contacts at various levels,” it added.

The Putin-Rahmon telephonic conversation came after a statement on Monday from the Tajik government said that the President had ordered the mobilisation of 20,000 military reservists to elevate the security of its border with Afghanistan. The Afghan troop’s exodus came as reportedly the Taliban have overrun the majority of the districts in the northeastern Badakhshan province including many who fell without a fight. Hundreds of Afghan forces crossed over to the northern border with Tajikstan seeking safety.

Consulates of Russia among others closed in Balkh

As per AP, the consulates of Turkey and Russia have also shut down in Mazar-e-Sharif, the capital of northern Balkh province, and Afghanistan’s fourth-largest city. Meanwhile, in the wake of the situation, Iran has reportedly said that it has limited the activities at its consulate in the city. Even though there has been fighting in Balkh province, the provincial capital has been relatively peaceful.

Additionally, Balkh provincial governor’s spokesman Munir Farhad said on July 6 that even consulates of Uzbekistan, Tajikistan, India and Pakistan have reduced their services. He reportedly also said that Turkish and Russian diplomats have left the city. However, a Turkish official said that the consulate in Mazar-e-Sharif was open and was “carrying on accepting visa applications and other consular requests.”