Queen Elizabeth II, who died aged 96 on Thursday, admired the "richness and diversity" of India where she made three State Visits over the course of her reign. 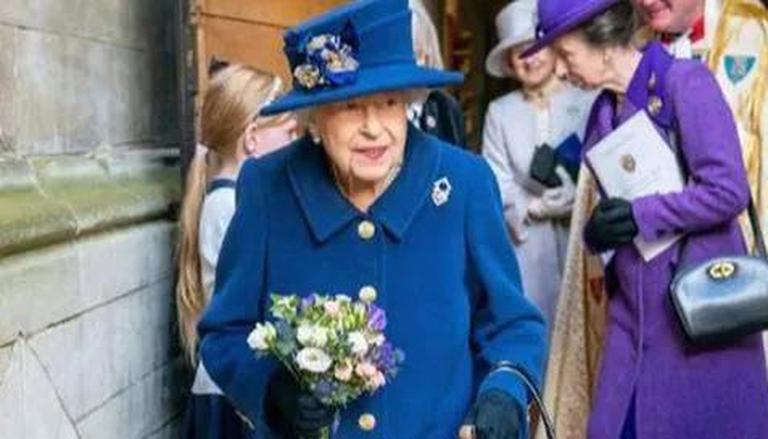 
London, Sep 9 (PTI) Queen Elizabeth II, who died aged 96 on Thursday, was the first British monarch to accede to the throne after India’s Independence from colonial rule in 1952 and admired the "richness and diversity" of India where she made three State Visits over the course of her reign – in 1961, 1983 and 1997.

“The warmth and hospitality of the Indian people, and the richness and diversity of India itself have been an inspiration to all of us,” she said in one of her addresses.

In 1961, the Queen and her husband, the late Prince Phillip – Duke of Edinburgh, toured Mumbai, Chennai and Kolkata – then Bombay, Madras, and Calcutta – and also visited the Taj Mahal in Agra and paid tribute to Mahatma Gandhi at Raj Ghat in New Delhi.

They were Guests of Honour at the Republic Day Parade on the invitation of the then President, Dr Rajendra Prasad, and an enduring image from the tour shows the Queen addressing a massive crowd of several thousand people packed into Ramlila Grounds in Delhi for her address, dressed in a fur coat and hat.

In 1983, her visit was in time for the Commonwealth Heads of Government Meeting (CHOGM) and she famously presented Mother Teresa with an honorary Order of the Merit. Her final visit to India was to mark the 50th anniversary celebrations of India's Independence and for the first time she made a reference to “difficult episodes” of colonial history.

“It is no secret that there have been some difficult episodes in our past. Jallianwala Bagh is a distressing example,” the monarch noted in her banquet address.

She and her husband later paid a visit to the scene of the 1919 Jallianwala Bagh massacre in Amritsar to place a wreath at the memorial, amid widespread calls for an apology for the thousands killed at the orders of a British General during the Raj era.

Over the years, the Queen has also hosted three Indian presidents – Dr Radhakrishnan in 1963, R. Venkataraman in 1990 and Pratibha Patil in 2009.

“Britain and India have a long-shared history which today is a source of great strength in building a new partnership fit for this new century,” the Queen said in her State Banquet address for President Patil at Buckingham Palace.

“Nearly 2 million of our own citizens are tied by descent and enduring family links to India. They represent one of the United Kingdom’s most dynamic and successful communities… relations between our two countries are built on strong and deep foundations, and are set fair for the 21st century,” she said.

The Queen’s death triggers what is dubbed in Britain’s royal circles as Operation London Bridge – or the formal preparations and protocol that kicks in following the death of the monarch – with Operation Spring Tide, or the accession of her son and heir Prince Charles, the Prince of Wales, to the throne.

As the Queen died at Balmoral Castle in Scotland, Operation Unicorn has also kicked in which involves her body being transported to London by train.

"The Queen died peacefully at Balmoral this afternoon,” Buckingham Palace said in a statement on Thursday.

"The King and the Queen Consort [Charles and Camilla] will remain at Balmoral this evening and will return to London tomorrow [Friday]," the statement said.

“London Bridge is down” is allegedly the way in which the death of the monarch would have been communicated to the Prime Minister, Liz Truss, by the Queen’s Private Secretary, who will also tell the Cabinet Secretary and the Privy Council of senior officials and ministers.

The Foreign, Commonwealth and Development Office (FCDO) Global Response Centre is responsible for informing governments outside the UK where she is Head of State, followed by other Commonwealth nations including India. The day of her death is referred to as D-Day, with each subsequent day a countdown until the funeral, expected 10 days after her death.

It comes just days after she appointed her 15th Prime Minister, Liz Truss, at Balmoral Castle in Scotland, where she had been staying for her summer break. It marked a historic first for a British Prime Minister to not be anointed at Buckingham Palace in London after it was decided the journey would be avoided for the monarch, who has been suffering some mobility issues since last year and has been using a walking stick.