Hoi on Tuesday said that early ratification of the RCEP demonstrates a strong commitment of signatories to a fair, open multilateral trade mechanism. 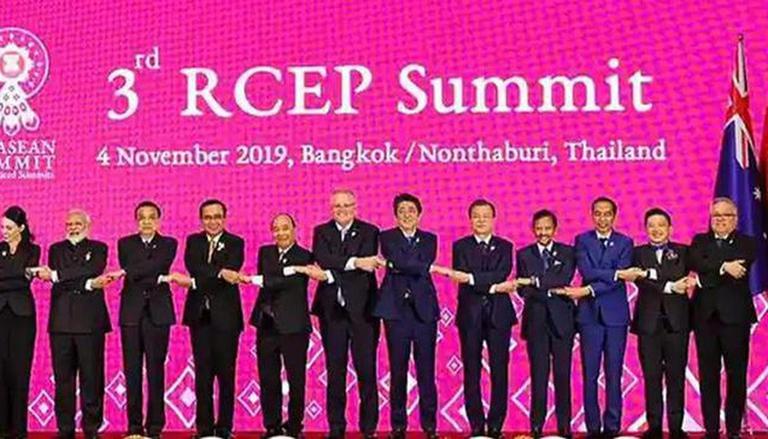 
The Association of Southeast Asian Nations (ASEAN) Secretariate has announced that the Regional Comprehensive Economic Partnership (RCEP) agreement, the world's largest trade deal, will come into force on January 1, 2022.

ASEAN applauds the early ratification of the RCEP, Secretary-General Dato Lim Jock Hoi said, adding that the deal will fuel the post-pandemic recovery.

Secretary-General of ASEAN Dato Lim Jock Hoi had on Tuesday said that the rapid ratification process by signatory States is a true reflection of the association's strong commitment to a fair and open multilateral trading system for the benefit of the people in the region and the world. He said that the agreement will boost post-COVID economic recovery measures.

“The implementation of the RCEP Agreement starting 1 January next year will give tremendous boost to the post COVID-19 economic recovery efforts,” stated Secretary-General of ASEAN Dato Lim Jock Hoi.

READ | ASEAN Summit: US, Japan and China square off over maritime security amid rising tensions

Meanwhile, the government of Australia confirmed that the Regional Comprehensive Economic Partnership (RCEP) trade agreement will go into force on January 1, with the goal of facilitating trade liberalisation and economic integration throughout Asia and the Pacific, as per the reports of Kyodo News.

According to the statement released by the Australian government, after ratification by at least six ASEAN countries and at least three non-ASEAN countries, the RCEP will enter into force 60 days later. Australia and New Zealand ratified the agreement on November 2, 2021, paving the road for the RCEP to take effect on January 1, 2022. According to Kyodo News, New Zealand's minister of state for trade and export growth, Phil Twyford, confirmed the pact's approval by Wellington on Tuesday, calling it a step that will speed up the country's recovery from the coronavirus outbreak.

Businesses to benefit from RCEP's potential

Twyford also said that from early next year, businesses will be able to take advantage of RCEP's potential. According to him, this agreement will also allow the businesses to be better connected through regional supply chains, giving exporters greater stability in what remains an uncertain global environment. According to Kyodo News, he further stated that New Zealand and Australia's dual ratification of the ASEAN-led RCEP agreement reflects the strong partnership they share with ASEAN.

Australian Foreign Affairs Minister Marise Payne also confirmed by stating that the criterion has been met now that Australia and New Zealand have both ratified the deal, according to Nikkei Asia News.

RCEP to eliminate tariffs on 91% of imports

The RCEP aims to eliminate tariffs on 91% of imports and harmonise laws on investment, intellectual property, and e-commerce, among other things. It also seeks to improve supply chain efficiency within the free trade zone, which accounts for around 30% of global output, commerce, and population, according to Kyodo News. The Japanese government stated that the agreement will boost the world's third-largest economy's gross domestic product by around 2.7%.