Population expansion along with the climate change factor increases the risk of tropical cyclones, particularly in coastal regions of East African and the US 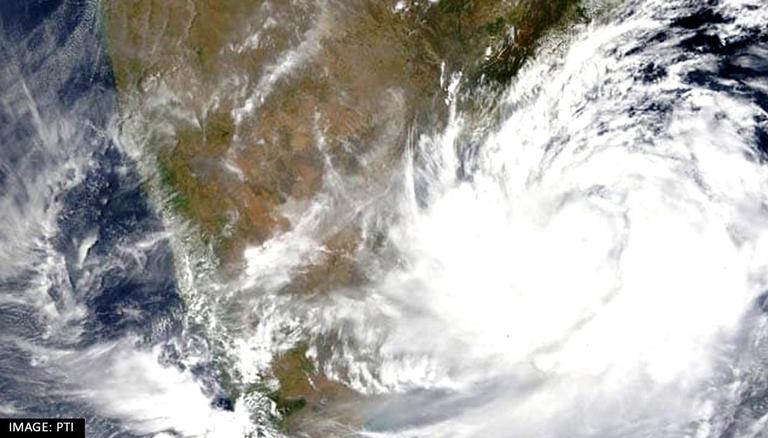 
Recent research from the Potsdam Institute for Climate Impact Research revealed that the rising in global temperature from one to two degrees Celsius by the mid-century may put 25% more individuals in danger from tropical cyclones. Hurricanes and typhoons are presently considered to be the most devastating natural catastrophes on the globe, threatening around 150 million people every year. The research findings are published in in ‘Nature Climate Change’ journal.

Population expansion along with the climate change factor increases the risk of tropical cyclones, particularly in coastal regions of East African nations and the United States. Tobias Geiger, a researcher at the Potsdam Institute for Climate Impact Research (PIK) and the Deutscher Wetterdienst (DWD) who is the lead author of the research said, “If we add population growth to two degrees Celsius global warming, in 2050 we could even see an increase of 40 per cent more people exposed to cyclones," as per an ANI report.

Though the worldwide goal is to keep global warming below two degrees Celsius but compared to uncontrolled climate change of just two degrees Celsius in rising temperatures in 50 years and population growth might result in a very different conclusion. In a computer-based analysis, an interdisciplinary group of researchers from Germany, Switzerland, and the United States discovered that on a worldwide scale, population models predict an unplanned, regular decline in the population in cyclone-prone locations through 2100.

Reduction in rising temperatures can save people from tropical cyclonic danger

Geiger further pointed out that if the greenhouse gas emissions are reduced quickly and the restriction of the rising temperatures to two degrees Celsius is done by 2100 then the number of people at risk of cyclones will only rise by 20%.

Katja Frieler, co-lead of PIK's Research Department on Transformation Pathways informed that in the comparison to the global warming projected under current reducing emissions, limited emission that would restrict global warming to 1.5 degrees Celsius may safeguard nearly 1.8 billion people from tropical storms through the end of the century.

In the research, the scientists looked at the combined effects of population growth and climate change on individuals living in tropical cyclone-prone areas and discovered that the timeframe of when specific warming thresholds are achieved is significant.

Johannes Gutschow a senior scientist at the Potsdam Institute for Climate Impact Research states, "Our model shows, with unprecedented detail, that in 2050 all countries at high risk of tropical cyclones are projected to see a rise in an exposure.” He further added that it is observed that exposure changes of approximately 300 % in certain East African nations, nearly 100 % States, and a significant rise in the Arabian Peninsula due to predicted population expansion. This would very certainly result in more cyclone devastation in the United States, while other severely afflicted globe areas may suffer increased poverty and forced migration.

While decreasing the two degrees of temperature rise until 2080 or 2100 along with the projected population reduction might lead to the decrease of exposed population towards cyclonic disaster in the Caribbean and East Asia, particularly in Japan, China, and the Korean peninsula.

Johannes Gutschow went on to say that the model can assess the impact of any particular global warming scenario around the world and country-level, as well as the consequences for the number of people who are in danger from tropical storms. The findings of the research are likely to hold an accurate number of other climatic extremes whose appearance is solely determined by absolute rising temperature.

This conclusion is significant because it demonstrates that slowing global warming might push catastrophic tropical cyclone consequences into the second half of the century with considerably fewer people are at danger.