Afghanistan's caretaker President Amrullah Saleh said that he is still in Panjshir. He reported intensified fighting between Taliban and Afghan Resistance 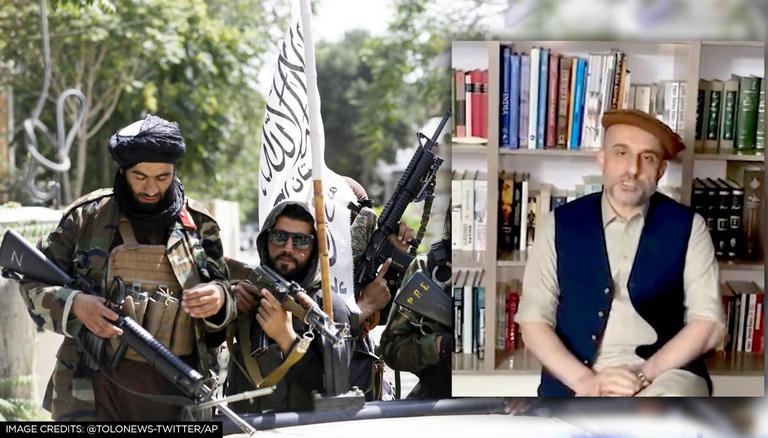 
Amid the ongoing war between the Taliban terrorists and Northern Resistance Forces, Afghanistan's caretaker President Amrullah Saleh while speaking to TOLO news confirmed that he is still in Panjshir. Saleh also reported intensified fighting between the Taliban and Afghanistan resistance force. "The Resistance is continuing and will continue. I am here with my soil, for my soil and defending its dignity," Saleh said in a tweet, defying claims made by Taliban that he had fled the country.

Afghanistan's caretaker President Amrullah Saleh has lashed out at the Taliban for blocking humanitarian access to Panjshir. Taking to Twitter, Saleh lambasted the Taliban, accusing them of committing war crimes and having no regard for International Humanitarian Law.

Saleh also stated that the Taliban is doing racial profiling and using the 'military age men' of Panjshir as mine clearance tools and forcing them to walk on minefields, apart from blocking phone lines, electricity and access to medicines. He called on the United Nations and other world leaders to take note of the "criminal and terrorist behaviour of Talibs."

Over the past 23 years since start of the Emergency Hospital we never blocked Talib access to it. Talibs are committing war crimes & have zero respect for IHL. We call on UN & world leaders to take notice of this clear criminal & terrorist behavior of the Talibs.

Talibs have blocked humanitarian access to Panjshir, do racial profile of travelers, use military age men of Panjhsir as mine clearance tools walking them on mine fields, have shut phone, electricity & not allow medicine either. People can only carry small amount of cash. 1/2

It was earlier said that Amrullah Saleh and Northern Alliance leader Ahmad Massoud had fled Panjshir to take refuge in Tajikistan, however, Republic Media Network's sources from the resistance were first to clarify that both the leaders are safe and very much present in Panjshir Valley.

Moreover, the Northern Resistance Forces have liberated Charikar, the capital of Parwan province and Salang, a strategic location, from the clutches of the Taliban. Salang is said to be important as it lies on the Afghanistan-Uzbekistan highway, thus giving a strategic advantage to the Northern Resistance Forces. Earlier during the day, Republic Media Network's reporter on ground had also stated that several Taliban terrorists had been admitted to hospital following the violent clash with Resistance Forces. This comes on a day when the Taliban is preparing to formally announce its government.

Although the Taliban is equipped with a huge cache of weapons including automatic assault rifles, rocket launchers, hand grenades along with military transporters left by the US after its hasty exit from Afghanistan, the Northern Alliance led by Ahmad Massoud has been holding the bastion at Panjshir despite being short on supplies, arms and ammunition and making it difficult for the Taliban to breach Panjshir.

Though the Taliban claims to be a changed entity, the mayhem by its terrorists continues on ground, depicting a contrasting picture to the claims made. The Taliban had offered to pardon everyone including government workers and Afghan Military personnel, however, the situation on the ground has been visibly different from the claims made by the Taliban as several military personnel were brutally killed by Taliban terrorists in broad daylight. Led by Ahmad Massoud and Amrullah Saleh, the Northern Resistance forces continue to defend Panjshir and it remains the only province free from the Taliban's rule.