The Russian Federation has discarded attempts to divide the Syrian Arab Republic and create quasi-states on its territory, a top official said. 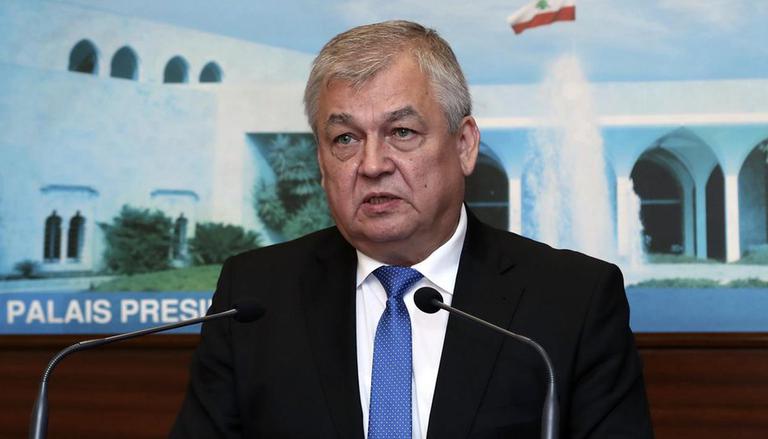 
The Russian Federation has discarded attempts to divide the Syrian Arab Republic and create quasi-states on its territory, a top official said, adding that the country will continue to help Damascus achieve its goal of national and inter-religious harmony in the country. Addressing reporters on Wednesday, Alexander Lavrentyev, who serves as Russian president’s special envoy to Syria, said that the issue should be left to Syrians to resolve sans any “external pressure," as reported by Sputnik.

“Russia is aimed at further searching for ways of the Syrian settlement in the interests of preserving the independence, unity and territorial integrity of the state any attempts to divide the country and create quasi-state formations, regardless of the pretexts under which such attempts are made, remain unacceptable to us," Lavrentyev said in during a roundtable, which took place in Damascus as part of the visit of the Russian interdepartmental delegation.

Russia entered the civil war back in September 2015 following an official invite by President Vladimir Putin’s Syrian counterpart and his long term ally Bashar al-Assad. In over five years, Russian troops have not only managed to preserve al-Assad’s administration but also minimise and marginalise opposition.  However, over a decade of conflict and contestation over land has brought the country on the verge of a possible fragmentation.

About the same, the Russian envoy on Wednesday emphasised that the situation in Syrian couldn’t be allowed to overcome the “line after which the existence of Syria as a unified state would be impossible”. Furthermore, he emphasised that Moscow was willing to continue supporting the Syrian administration in achieving “national and inter-religious harmony in the country.”

During his address, Lavrentyev also opposed the Israeli bombings of Damascus. On Wednesday, two projectiles fired by Israel targetted empty warehouses in the south of Syria's capital city Damascus, as per Syrian state media reports. The Israeli forces in the Golan Heights carried out the attack around 12:45 am (local time). However, no casualties have been reported so far and the Syrian Defence Forces intercepted one of the missiles, which the Israeli defence officials and analysts dismissed as "empty boasts", Times of Israel reported.