CSTO member states have resolved to reinforce the Russia-led bloc’s southern border with Afghanistan which would even hold military drills in a month. 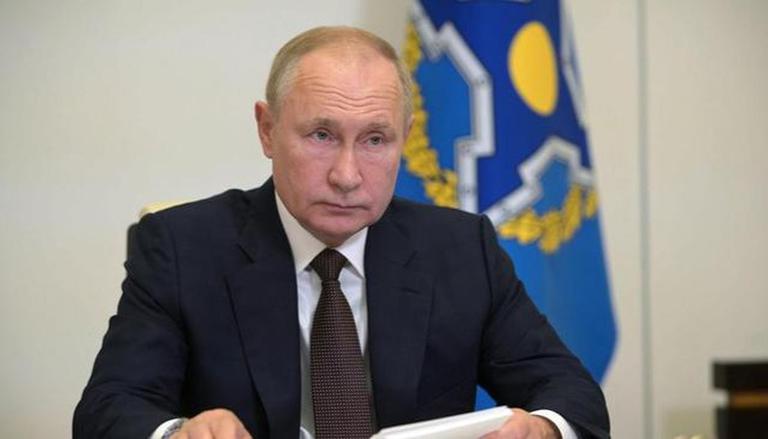 
The Collective Security Treaty Organization (CSTO) member states have resolved to reinforce the Russia-led bloc’s southern border with Afghanistan which would even hold military drills in a month. Following a summit in Tajikistan’s capital, Dushanbe, the leaders of the Russian-led CSTO announced the plan to enhance the security cooperation in the region including deployment of troops in Tajik-Afghan border. Tajikistan’s President Emomali Rahmon, whose country presently holds the CSTO’s rotating presidency, announced the move.

As per Russian news agency TASS, Rahmon said after the meeting that “The participants in the session agreed to fortify the CSTO’s southern borders and continue to plan and implement a package of measures aimed at bringing down the level of and neutralizing potential threats in the organization’s space.”

CSTO’s members include Kazakhstan, Kyrgyzstan, Armenia, Belarus and Tajikistan. All leaders along with CSTO’s secretary-general Stanislav Zas and Russian President Vladimir Putin participated in the meeting in Dushanbe. Putin joined through video conference due to being in contact with COVID-19-positive people. The Eurasian alliance of former Soviet states, according to an official release, discussed the potential security implications for the bloc after the Taliban re-conquered Afghanistan. They also exchanged views on the possibility of getting an influx of Afghan refugees and the underlying humanitarian crisis.

Stanislav Zas said in a statement, “The organization has worked out practical collective measures to ensure Tajikistan's security in the event of a worsening of the border situation."

"For the same purpose, a series of large-scale trainings of the CSTO Collective Forces will be held near the Tajik-Afghan border in a month: "Search-2021", "Echelon-2021", "Interaction-2021" and "Cobalt-2021", all of them will be held according to a single plan.”

Zas also informed that CSTO member leaders also reached an agreement to “accelerate the adoption of Tajikistan's Special Interstate Policy on Strengthening the Tajik-Afghan Border, proposed within the CSTO. The Republic of Tajikistan, as you know, has the longest border with Afghanistan - 1,344 km, which in many parts runs in inaccessible mountainous terrain.”

Notably, as per  Kazakhstan President Kassym-Jomart Tokayev's press office statement on September 16, the CSTO members are hesitant in hosting Afghan refugees and foreign military outposts on their land. ANI reported quoting Sputnik that the press office statement said, “The CSTO's common position on the unacceptable deployment of Afghan refugees and foreign military sites on our countries' territory was endorsed by the head of state. Personnel from the UN field missions in Afghanistan were temporarily stationed in Almaty due to humanitarian concerns and the significance of giving international help to the Afghan people."