In Russia’s Sakhalin Oblast, a fire was reported on the morning of April 30 at a thermal power plant of Sakhalinskaya GRES-2, which was eventually put out. 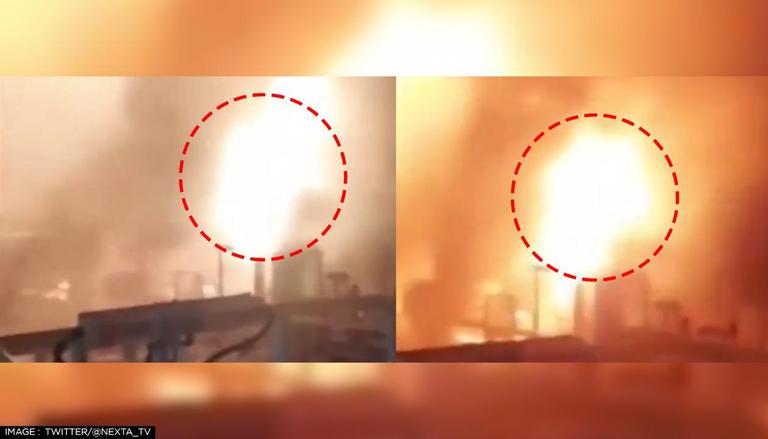 
In Russia’s Sakhalin Oblast, a fire erupted on the morning of April 30 at a thermal power plant of Sakhalinskaya GRES-2, which was eventually put out. The leader of the region shared a message on Telegram sharing the information on dousing the fire with the people stating that he is pleased to inform everyone that the fire at Sakhalinskaya GRES-2 has been extinguished. On the scene, 14 workers and five pieces of equipment were working, and a helicopter was deployed rapidly. The electricity engineers stated that the fire also spread to the roof.

As per the RIA Novosti, the regional government’s press service stated that the fire was doused at 07.19 Moscow time. Sakhalinenergo PJSC press secretary Margarita Tatarova stated that the fire broke out in the Sakhalinskaya GRES-2's turbine section. The incident has had no impact on consumers' power supply. It was also reported that no one was hurt, and no property was damaged as a result of the incident.

Sakhalinskaya GRES-2 has a capacity of 120 MW

The Ministry of Emergency Situations of the Russian Federation stated that the technological process was halted as a result of the incident and 30 people escaped the building on their own. The region's leader also ordered Oleg Popov, the deputy chairman of the local administration, to verify all energy sources and take personal control of the situation. Sakhalinskaya GRES-2, which has a capacity of 120 MW, was commissioned in 2019. The new plant's design yearly production is 840 million kWh, which is around a third of Sakhalin's total power consumption.

Fire at the Russian Defense Ministry's Research Institute in Tver

In the meanwhile, six individuals were killed and 27 were injured in a fire at the Russian Defense Ministry's Research Institute in Tver, 180 kilometres northwest of Moscow just last week. On April 21, the Tver regional government reported that 27 individuals were injured due to the incident, the majority of them leapt from the three-story building's windows to save their lives. The fire started on the second floor and spread across 1,000 square meters of the structure, which houses the Russian Aerospace Defense Forces' Central Research Institute.