Russian Deputy Foreign Minister Andrey Rudenko warned that Ukraine's proposed NATO membership would be a "very dangerous step" which will have its consequences. 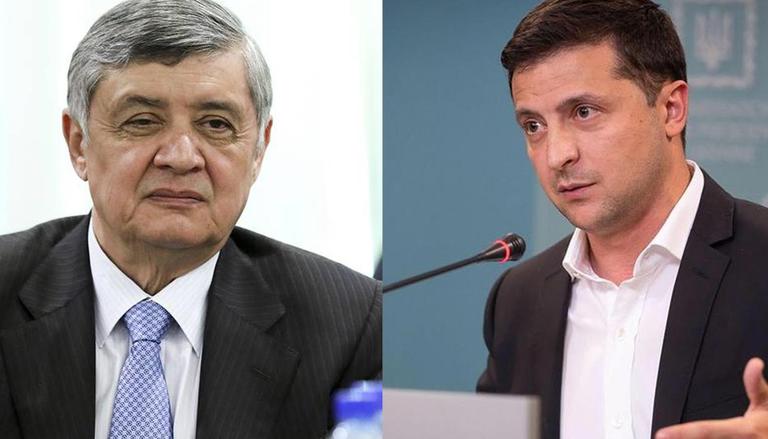 
On Thursday, Russian Deputy Foreign Minister Andrey Rudenko warned that Ukraine's proposed NATO membership would be a "very dangerous step" which will have its consequences, reported Russian news agency Sputnik. Meanwhile, reacting to Ukraine's prospect of joining NATO, Pentagon chief Lloyd Austin reaffirmed Washington's support for Kyiv's ambitions while emphasising that third nations had no power to veto the membership. However, Rudenko pointed out that representatives from NATO member nations have made similar remarks on numerous occasions, and a similar approach is represented in statutory documents, reported the news agency.

"Since there are NATO-Ukraine talks, it is up to them to decide what is the best way forward," Rudenko said, adding that NATO is very well aware of Russia's views on Ukraine. In response to the alliance's expulsion of Russian diplomats, Russian Foreign Minister Sergey Lavrov had recently said that the government will stop the activities of the NATO military liaison mission in Moscow and its communications office. In addition, the Russian permanent mission to NATO will cease operations on November 1. Thereafter, the alliance will require to approach the Russian ambassador in Belgium for engagement with Moscow, reported the Russian news agency.

Russia expresses concern about NATO buildup along the country's borders

On Wednesday, October 20, Russia's defence chief expressed concern about NATO buildup along the country's borders and advocated for deeper security ties with Belarus. Defense Minister Sergei Shoigu emphasised recent steps to strengthen military cooperation between the two partners, such as the renovation of military facilities for common use, reported the Associated Press (AP). Shoigu further said that he and his Belarusian counterpart extended agreements on two Russian military facilities in Belarus — an early warning radar in the Brest region near Poland and a naval communications facility in Vileyka near Minsk. Following Moscow's 2014 annexation of Ukraine's Crimean Peninsula and support for a separatist insurgency in eastern Ukraine, Russia's relations with the United States and NATO partners have plunged to post-Cold War lows, reported the news agency.

It should be mentioned here that Ukraine President Volodymyr Zelenskyy had earlier called for the improvement of ties with Russia. As Russia protested the former Soviet republic's application for NATO membership, Zelenskyy appealed for assistance from NATO and the European Union (EU). Meanwhile, Russia has stated that engaging in discussions with Ukraine is "pointless" because Kyiv's administration is fully reliant on foreign supervision. Dmitry Medvedev, the Russian Security Council's Deputy Chairman, said in an article published in the Russian Kommersant newspaper that partners like Ukraine can not be trusted in the matter of international relations who often indulge in "constant nonsense," reported the news agency.