Russia tested the readiness of its air defence system in Crimea, which it annexed in 2014, in an apparent show of force against Ukraine and NATO. 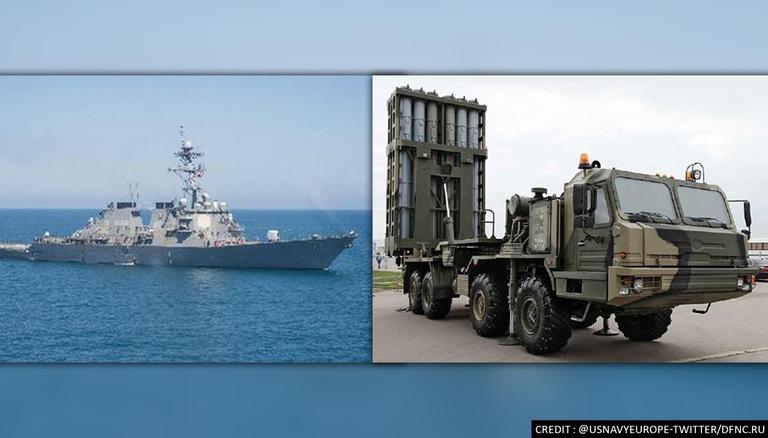 
Russia has reportedly tested the readiness of its air defence system in Crimea, which it annexed in 2014, in an apparent show of force as Ukraine and NATO collision continues to hold military drills in the black sea as a part of their Sea Breeze exercise 2021. According to Interfax, Moscow deployed about 20 warplanes and helicopters, including the much-vaunted Su-24M bombers, S-400 and Pantsir surface-to-air missile systems-all part of the country’s Black Sea Fleet. It is not clear when the military exercise began.

“The Black Sea Fleet is doing a number of things to monitor the actions of ships from NATO and other countries taking part in Sea Breeze 2021,” the National Defence Management Centre said in a statement.

Earlier this week, Ukraine along with more than 30 NATO countries kick-started the two-week-long Operation Sea Breeze 2021. The operation witnessed the participation of over 5,000 military personnel, along with 30 US warships and 40 US aircraft including destroyer Ross. While the marine exercise has been conducted over 21 times since 1997, Kremlin called for its cancellation.

#BREAKING: @USNavy #USSRoss begins northbound transit into the #BlackSea to participate in the annually held exercise @ExSeaBreeze with over 30 countries from all over the world.

TODAY: Opening Ceremony for #ExerciseSeaBreeze kicked off in #Odesa, #Ukraine 🇺🇦! This year marks the 21st iteration of the exercise!#SB21 is nothing new, except that the number of countries is bigger than ever and the scenarios are more complex! #SeaBreeze2021 pic.twitter.com/ko8IWGMmRG

The Russian military exercise comes amidst escalating tensions between NATO and Moscow with UK PM Boris Johnson even terming their mutual relationship as "pretty disappointing." His opinion caught the public eye last week after a Russian warship fired warning shots to deter a British Royal Navy warship from its waters near Crimea in the Black Sea.  As per reports, Russia accused the British destroyer of encroaching two miles into Russian waters following which the Russian warship along with a jet fighter fired shots and dropped bombs respectively near the British Royal Navy destroyer ship near Crimea's Cape Fiolent.