Russian Delegates To UN Assembly Await Entry To US, Say Visas Not Given: Report

Not all members of the Russian delegation have received US visas to participate in the UN General Assembly session, according to the Russian Foreign Ministry 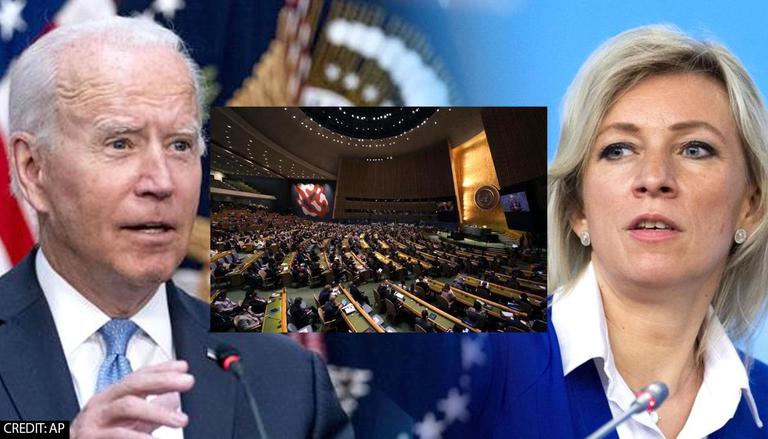 
The UN General Assembly's high-level General Debate kick-started on Tuesday, September 21, in the United States. However, some Russian delegates are reportedly still waiting for their visas. Notably, it is the obligation of the USA to profer visas to participants as it is hosting the 76th session of the UN General Assembly (UNGA 76).

However, according to a report by Russian state-owned news agency Sputnik, some members have received visas while several delegates are still in queue to get permits from the United States. Russian Foreign Ministry spokeswoman Maria Zakharova said, during a press conference, that a few delegates have received visas from the host country to participate in the UN General Assembly session. She further appealed to the USA to fulfil its obligations to issue visas to all declared Russian participants.

"We expect the US side to fulfil its obligations as a host country to the United Nations to issue visas to all declared Russian participants. We are talking about the Russian delegation to the session of the UN General Assembly," said Zakharova.

It is worth noting mentioning that this was not the first time when the United States has denied visas to all Russian delegates. During the 74th UN General Assembly session, it had denied visas to 18 Russian delegates. According to the Tass News, Moscow had raised the issue during the UN Committee on Relations meeting. The Committee, in its final report, had said that the host country, the United States, had failed to fulfil its obligations as a host country.

READ | India a leading voice of developing world, will take up burning issues at UNGA: Tirumurti

Delegations at the General Assembly Hall to be limited

As per schedule, the 76th session of the UN General Assembly (UNGA 76) opened on 21 September. The first day of the high-level General Debate was scheduled for September 21. The General Debate will continue till September 27, excluding Sunday. The UN, in a statement, said that the size of delegations allowed into the General Assembly Hall would be limited, and UN Member States were encouraged to provide pre-recorded statements instead of travelling to UN Headquarters.

Over 100 Heads of State are expected to attend the event in person. The UN General Assembly is the main policy-making organ of the United Nations. This policy brief provides a short overview of some key issues to be discussed during the General Debate and several High-Level events during the opening of UNGA 76.