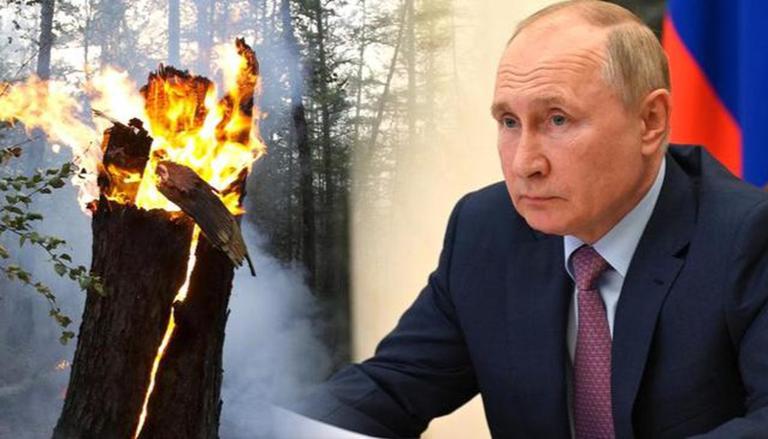 
With Russia's Siberian region grappling against massive wildfire that engulfed several villages since last month, President Vladimir Putin, on Saturday, termed the scale of natural disasters in the country absolutely unprecedented. Last week, NASA's Moderate Resolution Imaging Spectroradiometer (MODIS), shared a picture that showed the flames of the wildfires have now reached the North Pole. The payload imaging sensor that was launched into Earth orbit by NASA in 1999 revealed that the smoke has travelled more than 3,000 km from Yakutia to reach the North Pole, a feat that appears to be a first in recorded history. It is worth noting that Siberia has been witnessing wildfire every year during the summer season. However, due to climate change, fire incidents have increased drastically in the last decade.

President Putin to reconstruct houses of those affected by fire

Taking note of the massive fire incidents, Putin, while speaking with the officials on Siberian fire, underlined to work on climate change 'systematically'. It is worth mentioning that the southern region of Russia has been struggling due to floods, while the Eastern region has been witnessing a massive wildfire. Russian President Vladimir Putin directed the authorities to prepare themselves to evacuate more people living in areas affected by the fires. He also announced to provide economic support for them. Putin directed the officials to estimate the loss in the fire regions and ordered them to reconstruct the houses.

Over 3,600 firefighters involved in dousing wildfire

According to the regional task force dealing with the emergency, a dozen villages in northeastern Siberia’s Sakha-Yakutia republic were threatened by the wildfires. The authorities said that the firefighters faced a tough time while evacuating the residents of two villages to safer areas. Yakutia governor Aysen Nikolayev said that a total of 3,600 people have been working to contain about half of the blazes. The agency said that the emissions of carbon dioxide estimated by the European Union’s Copernicus Atmosphere Monitoring Service have crossed over 505 megatons since the blaze erupted in early June this year. In recent years, the country has recorded high temperatures that many experts regard as a result of climate change. The hot weather coupled with the neglect of fire safety rules has caused an increasing number of wildfires. Experts also blame the worsening fire situation on a 2007 decision to disband a federal aviation network that spotted and combatted wildfires.