Park was arrested for her abuse of power, election law violations, corruption, and taking bribes from South Korea’s spy agency and was to be jailed for 35 years 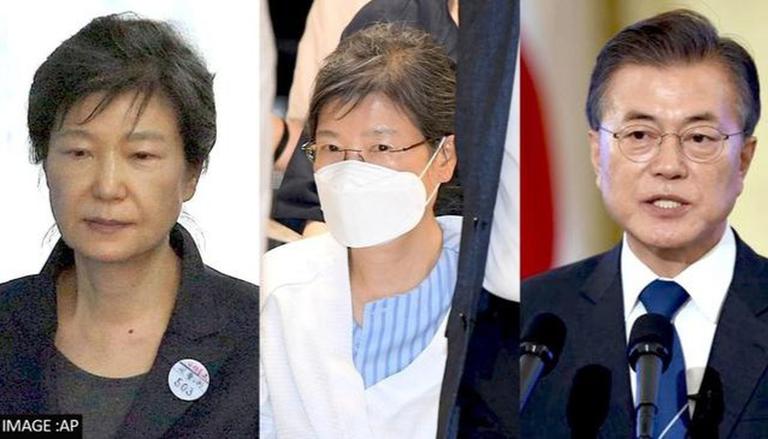 
South Korean President Moon Jae-in on Friday pardoned former President Park Geun-Hye, 69, on grounds of deteriorating health and promoting national unity. Park Geun-Hye was sentenced on corruption charges to jail for 20-year for the corruption scandal that brought her government’s downfall. A court upheld the reduced term from the earlier ruling of 30 years imprisonment after Park Geun-Hye sought an appeal in July. The court also upheld a fine of 18bn won (£12m, $17m). The former South Korean leader, who was the first-ever democratically elected politician to be forced out of office over abuse of power and coercion, has now been given a ‘special pardon’ by the Moon Jae-in administration. Here’s all about the former South Korean leader and the controversies surrounding her.

Park Geun-Hye earlier last year had caused widespread rage among the South Korean political and business elites after she was convicted for a sprawling corruption scandal and was ousted by her own party political lawmakers. She was also the country’s first female president, but her presidency was marred with controversies as she and her close aides were accused of accepting bribes from top conglomerates for government favours.

Park Geun-Hye was arrested for her abuse of power, election law violations, corruption, and taking bribes from South Korea’s spy agency. The prosecutors demanded that she must hand a jail term for 35 years and called for the penalty to be increased from 20 billion won to 33.3 billion won. Experts weighed in that the corruption scandal done in 2017 by Park Geun-Hye exposed shady links between big businesses and politicians. The former leader was also convicted of meddling in her party’s nominations ahead of parliamentary elections in 2016.

Park’s close aide named Choi Soon-Sil accepted a huge sum of money from giant conglomerates, including Samsung Electronics and retail chain Lotte in exchange for preferential treatment. This also landed at least two conglomerate heads in prison. Park Geun-Hye was accused of alluring companies to sign lucrative deals and also leaked confidential presidential documents to her close aides. She also initially refused to take part in any of the court proceedings. In a total of 18 charges, the former South Korean leader was found guilty of at least 16 most, including bribery and coercion.

'Should move into a new era'

On Thursday, the South Korean government informed the agencies that Park, 69, was among 3,094 people to be pardoned on Dec. 31.“We should move into a new era by getting over the pains of the past,” President Moon Jae-in said in a statement. “It’s time to boldly pull together all our strengths for the future rather than fighting against each other while being preoccupied with the past.” The South Korean sitting President further stressed, “We considered the fact that her health condition has deteriorated a lot after serving nearly five years in prison.” Park was removed from office in 2017 and tried in the Supreme Court in 2018.