Scientists found that the Spinosaurus was actually marine reptile, known as the Plesiosaurs, which, despite their appearance, are not dinosaurs.

In a groundbreaking discovery, scientists have discovered that the largest and most enigmatic dinosaur species known as the Spinosaurus aegyptiacus was a proficient swimmer and not the typical land-dweller, which has long been the matter of debate. Belonging to the early 20th century, Spinosaurus aegyptiacus was the largest carnivorous dinosaur of all time native to Cretaceous North Africa that preyed on fish, other dinosaurs, and pterosaurs, as per the scientific journals.

Published in the journal Nature, the research indicates that the remains discovered in Morocco expands the understanding of how Mesozoic-Era creatures inhabited the Earth. Scientists found that the Spinosaurus was actually a marine reptile, known as the Plesiosaurs, Ichthyosaurs, or Mosasaurs, which, despite their appearance, are not to be considered as dinosaurs.

Earlier this week, a team of researchers uncovered a 95-million-year old Spinosaurus tail which was two-foot-long with an unusual paddle shape. Speculating, the species was likely propelled out of the water depths of the rivers, the researchers argued that it was “aquatic”. Study author Nizar Ibrahim, a vertebrate palaeontologist at the University of Detroit Mercy, told an international media outlet that Spinosaurus was basically a dinosaur that was trying to build a fishtail. He added that these creatures were involved in water activities, hunting and retreating back to shores, he said. 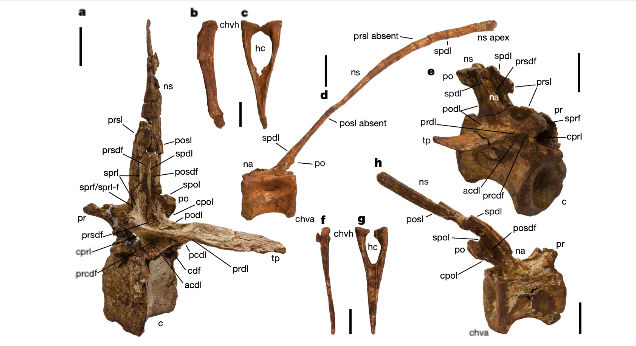 A vertebrate palaeontologist at the Carnegie Museum of Natural History in Pittsburgh, Matthew Lamanna, reportedly said that the hunting trait in the non-avian dinosaur species was an “unusual trait” and the species’ tail was just weird-looking.  As per the published research, the scientists revealed that “this dinosaur had a tail with an unexpected and unique shape that consisted of extremely tall neural spines and elongate chevrons, which forms a large, flexible fin-like organ capable of the extensive lateral excursion.”

Further, it confirmed that “the tail shape of Spinosaurus produced greater thrust and efficiency in water, and therefore, the species’ performance was more comparable to those of extant aquatic vertebrates that use vertically expanded tails to generate forward propulsion while swimming.” 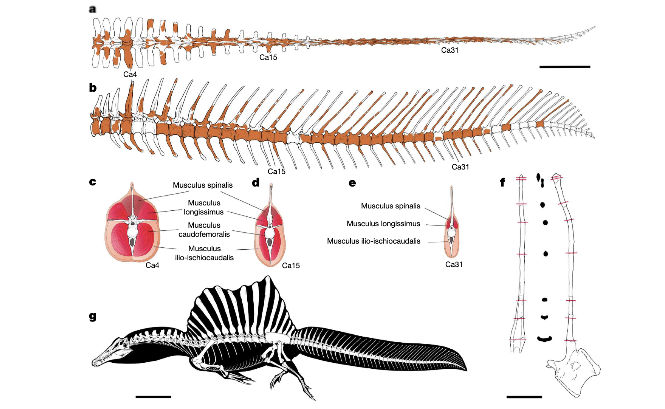 Several years ago, the scientists observed a set of Spinosaurus bones discovered in Morocco in 2008 and argued extensively about it being a land-dwelling relative of the Tyrannosaurus rex, as per the reports. Lindsay Zanno, a palaeontologist at the North Carolina Museum of Natural Sciences, reportedly called the new discovery “mindblowing”.

Read: Scientists At Work: Uncovering The Mystery Of When And Where Sharks Give Birth