Against the backdrop of the tumultuous political landscape, Sri Lanka Parliament is set to convene today at 10 am (local time). Read on 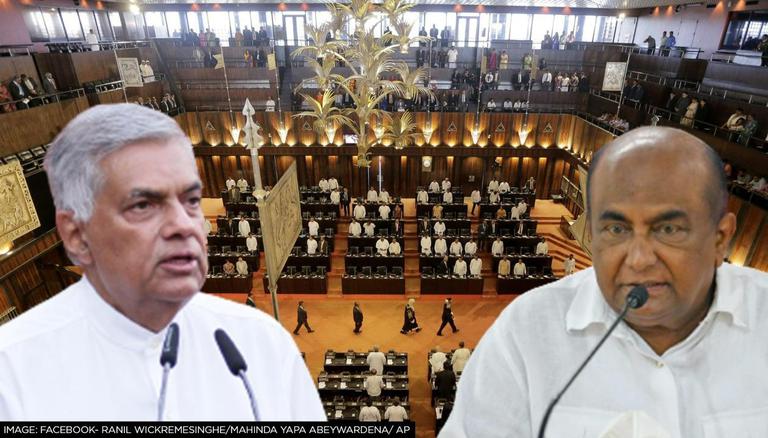 
Against the backdrop of the tumultuous political landscape, Sri Lanka Parliament is set to convene today at 10 am (local time.) The meeting was announced by Speaker of the Parliament Mahinda Yapa Abeywardena during an early morning press briefing on Friday when he also announced the official resignation of Gotabaya Rajapaksa from the President post, which took place after days of mass protests. As the crisis unfolds amid the persistent economic struggles, the Parliament is likely to deliberate on the potential election of the new President, local media reports suggested.

For the first time since 1978, the new President of the island will be chosen by the Members of Parliament and not by popular mandate. The 225-member body will appoint the new President through a process of 'secret vote' on July 20, Speaker Abeywardena said during Friday's address. The President, who will succeed Gotabaya Rajapaksa, will serve the rest of the term until 2024. Meanwhile, the Speaker appointed Sri Lankan PM Ranil Wickremesinghe as an interim President, despite staunch opposition from protesters as they see him as an ally of Rajapaksa.

Wickremesinghe took his oath as the caretaker President on Friday afternoon, following which he addressed the media, saying that during his short term he will amend the Constitution to limit the executive powers of the President and strengthen the Parliament. "I am bound to protect the Constitution," he said. The PM added that he will also bring "insurgents" to justice, who triggered violence amid the peaceful demonstrations in Colombo.

The three-month-long running protests escalated earlier this month with President's official residence vandalised and PM's home torched. The protests demanded the immediate resignation of Rajapaksa in order to pave way for political reforms to end the worst-in-a-decade economic crisis on the island. Formally the protests began on April 9 and intensified until former Prime Minister and brother of Gotabaya, Mahinda Rajapaksa stepped down dissolving his entire cabinet. The protests have left at least 9 dead and over 300 severely wounded. On June 9, images and video emerged of jubilant protestors diving into the Presidential resident's pool, enjoying music, and stirring a pot of tea in the outdoor kitchen, bringing the attention of the whole world to the island country in South Asia.

22 million people in Sri Lanka are currently struggling to meet their basic needs as the island has exhausted its foreign reserves.  Persistent foreign borrowings followed by a significant 2019 tax cut package, and the impact of the COVID-19 pandemic on revenue, resulted in Sri Lanka’s foreign debt crossing $50 billion. This, combined with food and energy price shocks earlier this year – exacerbated by the Ukraine war – has led to a debt and balance-of-payments crisis, according to the UN humanitarian office, OCHA. Currently, Sri Lanka has to pay $7 billion in foreign debts by the end of this year and $25 billion by 2026.