IMF intends to send its staff to Colombo from Aug 24 to 31 to continue talks about economic & financial reforms as well as policies with Sri Lankan authorities, 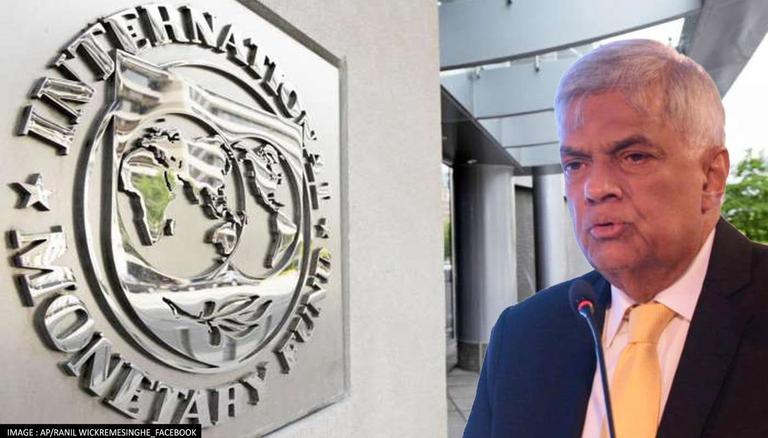 
The International Monetary Fund, on Friday, stated that it intends to send officials to visit Colombo from August 24 to 31 to continue talks about economic and financial reforms as well as policies with Sri Lankan authorities. In a statement, IMF noted, “The objective is to make progress towards reaching a staff-level agreement on a prospective IMF Extended Fund Facility (EFF) arrangement in the near term.” Further, authorisation by the EFF programme’s IMF Executive Board would need sufficient guarantees by Sri Lanka's creditors that the debt will once again be restored given that Sri Lanka's public debt is seen to be unsustainable.

During the trip, IMF staff members will also stay in touch with other stakeholders. According to IMF, Masahiro Nozaki, as well as Peter Breuer, will serve as the team's leaders during the visit.

Earlier in July, Sri Lanka had stated that it was creating a strategy to revive the ailing economy and would provide the IMF with a debt restructuring proposal by the end of August. According to President Ranil Wickremesinghe, the island nation has been unable to pay for imports of fuel, food, fertiliser, and other necessities due to the exhaustion of the foreign currency reserve.

However, as per the local media, the administration was able to set up a session of talks with the International Monetary Fund and would present a proposal created by the financial and legal specialists Lazard and Clifford.

Meanwhile, on Thursday, August 18, the head of Sri Lanka's central bank expressed hope that the Sri Lankan government and the IMF might come to a preliminary agreement which may result in a rescue package when IMF staff would visit the island nation later this month.

It is pertinent to mention that Sri Lanka is practically bankrupt, and its economic problems sparked widespread public demonstrations that resulted in President Gotabaya Rajapaksa's removal last month. The administration has said that the situation has made it challenging to negotiate with the IMF, The Associated Press reported.

The governor of Sri Lanka's central bank, Nandalal Weerasinghe, voiced his expectation that during their talks, IMF staff and Sri Lanka's government could "finalise and reach a staff-level agreement" on the policy package. Weerasinghe told the media on Thursday that they would have "a clear picture on debt sustainability and debt targets for us to achieve in the next 10 years" as a result of the deal they were seeking with the IMF.

Sri Lanka made the decision to halt debt repayment to international lenders in the month of April. It has a $51 billion total foreign debt, of which $28 billion is due by 2027. The nation has declared that it must restructure all of its debt.

Weerasinghe stated that when a deal was achieved, Sri Lanka will contact holders of government bonds and other foreign creditors.

Meanwhile, Ranil Wickremesinghe, the new president of Sri Lanka, said two weeks ago that his administration has started talks with the IMF on a four-year rescue plan and had started finalising a debt restructuring plan.