Sri Lankan Prime Minister Dinesh Gunawardena has requested the visiting IMF team to focus on protecting economically vulnerable groups in the debt-ridden island nation which is going through the worst economic crisis. 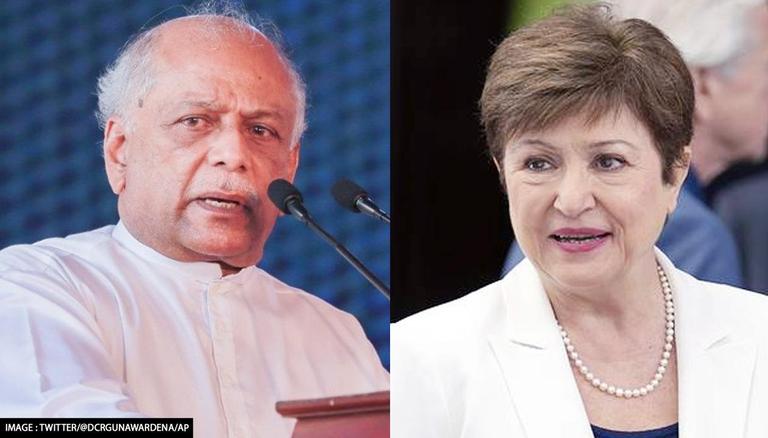 
Sri Lankan Prime Minister Dinesh Gunawardena has requested the visiting IMF team to focus on protecting economically vulnerable groups in the debt-ridden island nation which is going through the worst economic crisis.

Sri Lanka, a country of 22 million people, is under the grip of unprecedented economic turmoil, the worst in seven decades. The crisis that has left millions struggling to buy food, medicine, fuel and other essentials.

The island nation is currently scrambling to chalk out a staff-level agreement with the International Monetary Fund (IMF) for a bailout programme, which could be the antidote for the country’s current economic travails.

Prime Minister Gunawardena made this request when the visiting IMF team met him and held discussions at the Prime Minister's Office.

The Prime Minister apprised the IMF team of the economic challenges in the country and the measures taken by the government to reduce the difficulties faced by low-income earners.

The country, with an acute foreign currency crisis that resulted in foreign debt default, had announced in April that it is suspending nearly USD 7 billion foreign debt repayment due for this year out of about USD 25 billion due through 2026.

Peter Breuer, Head of the IMF’s Negotiation Panel said that his team will discuss with the government, the opposition and other parties and report the facts to the headquarters in Washington.

The IMF representatives also explained the facts about taking protective measures for vulnerable groups in preparing plans for debt restructuring and economic revival.

Dr Masahiro Nozaki, Head of Mission of the IMF, has agreed that taking protective measures for economically vulnerable groups is an essential requirement when preparing plans for debt restructuring and economic revival, as pointed out by the Prime Minister.

An IMF team met Sri Lanka's President Ranil Wickremesinghe on Wednesday for talks on a bailout package. Debt restructuring is a prerequisite for the IMF facility.