A day after Ethiopia allegedly executed 7 Sudanese soldiers, Khartoum said it will approach the United Nations to file a formal complaint against Addis Ababa. 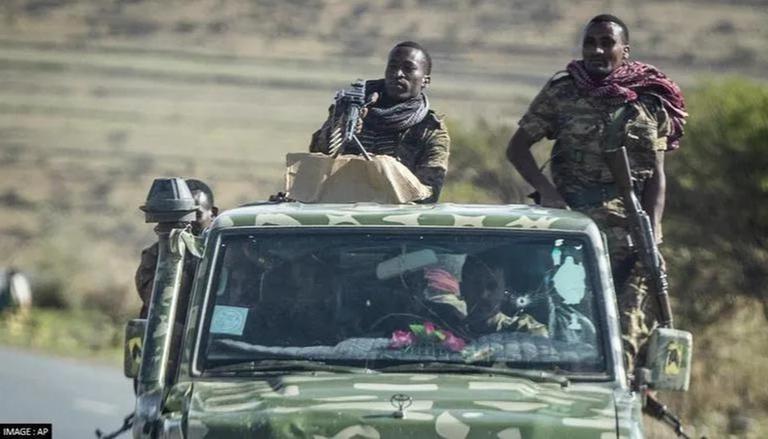 
A day after Ethiopia allegedly executed seven Sudanese soldiers, Khartoum said it will approach the United Nations Security Council (UNSC) to file a formal complaint against Addis Ababa. According to Sudan's Foreign Ministry, all those seven were allegedly held captive for the last few days-- a claim that Ethiopia denied on Monday.  As a statement released by the Sudanese Army, Ethiopia has committed one of the most "cowardly acts" in recent years and added Khartoum would retaliate.

"The killings violated all laws and customs of war and international humanitarian law. Ethiopia displayed the bodies out in the open but did not provide further details including how a civilian farmer was involved," read the statement.

.@mfaethiopia Press Statement on the incident that took place within #Ethiopian territory after incursions by a #Sudanese regular army unit supported by elements of the terrorist TPLF, 27 June 2022 pic.twitter.com/vjnUABggvw

Later, the Sudanese FM also released a statement wherein it recalled its ambassador from the Ethiopian capital and summoned the Ethiopian envoy to Khartoum and added it would complain to the United Nations. "The ministry embarked on filing a formal complaint to the UN Security Council and the concerned international and regional organisations," it added. Meanwhile, replying to the statements of Sudan, Ethiopia’s Foreign Ministry termed the incident  "most tragic" and added that the Sudanese military unit crossed into Ethiopia with the support of rebels from the Tigray region.

It claimed that they were killed when they entered the Ethiopian border. "The Government of Ethiopia, therefore, hopes that the Sudanese Government would restrain itself from any escalation of the incident and would take measures that could de-escalate the situation," read the statement posted on twitter.

It is worth mentioning that clashes between Ethiopia and Sudan have tremendously increased at the border regions over the last two years. On one side, Sudan accused the Ethiopian military of capturing Sudanese lands at the disputed Fashaga district and, on the other hand, Sudan claims Addis Ababa was involved in unlawful practices.

In November, Sudan said six of its troops were killed in an attack by the Ethiopian military and militia forces in the area. The two nations have held talks, most recently in Khartoum in December 2020, to settle the dispute over al-Fashaqa, but have not made progress.