Israeli warplanes launched missiles on early Tuesday towards the port of the coastal city of Latakia. No casualties have been recorded so far. 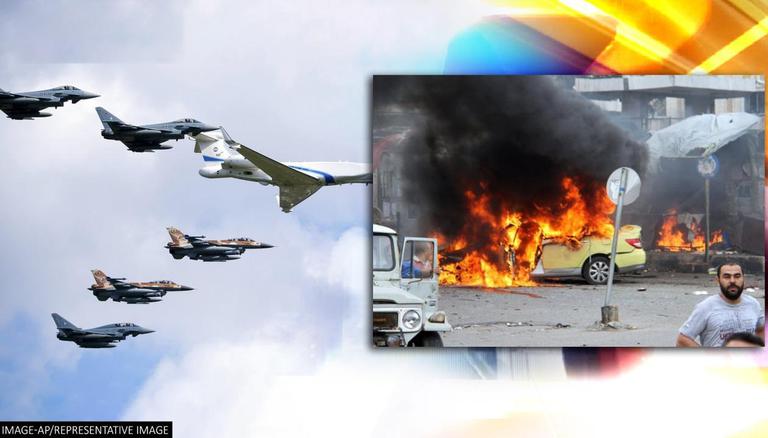 
Israeli warplanes launched missiles on early Tuesday towards the port of the coastal city of Latakia, according to Syria's military. Several missiles were targeted and hit at the area of the container in the port, putting some of them on fire, citing an anonymous military official, Syria's state media reported. The official did not provide any more information about the attack. However, no casualties have been reported due ro the attack.

Over the years, Israel has carried out hundreds of attacks on locations within Syria's government-controlled territory, but it seldom admits or discusses these attacks over the nation. Some of the previous airstrikes had struck Damascus' major airport. However, the recent attack was a rare strike on the port of Latakia, which serves as a critical hub for bringing most of Syria's supplies into the war-torn nation, as per the Associated Press.

According to Syrian state television, five heavy explosions were heard at the port and following that a large fire broke out in the container's area, prompting fire engines to hurry to the scene. Meanwhile, on the other hand, the Israeli military has made no remark about the attack on the Latakia port.

In addition to this, earlier on November 24, Israeli warplanes had targeted army positions in Syria's central area, killing two civilians and wounding seven persons, six of them were troops, according to the Syrian military. The state media reported that the jets launched missiles while flying above neighbouring Lebanon's airspace.

According to an anonymous military officer, the strike began around 1:26 a.m. (local time), the state news agency SANA reported. The official further stated that Syria's air defenses fired down the majority of the missiles, with minor property damages in addition to the injuries.

READ | Syria: Multiple explosions heard inside US military base in Homs province

Even though Israel does not acknowledge the attacks on Syria, however, the nation has admitted that it targets Iranian-backed militias' sites, such as Lebanon's Hezbollah, which has fighters in Syria. It claims to be targeting weaponry shipments destined for militias, AP reported. In Syria's decade-long civil conflict, Hezbollah is fighting alongside Syrian President Bashar Assad's military.

WE RECOMMEND
Syria: Multiple explosions heard inside US military base in Homs province
In Syria, US airstrike targeting al-Qaeda leader injures family of six
US' humanitarian work in Syria part of an effort to counter ISIS: Defence official
US investigates possible civilian casualties after drone strike on Al-Qaeda in Syria
US dispatches two military convoy consisting of over 100 trucks to Syria: Report