Taiwan Thanks US For World Health Assembly Invite, Slams China For Blocking Participation

Taking a dig at China, the ministry said that excluding a "vibrant democracy" while jeopardizing global health is wrong, especially at the behest of China. 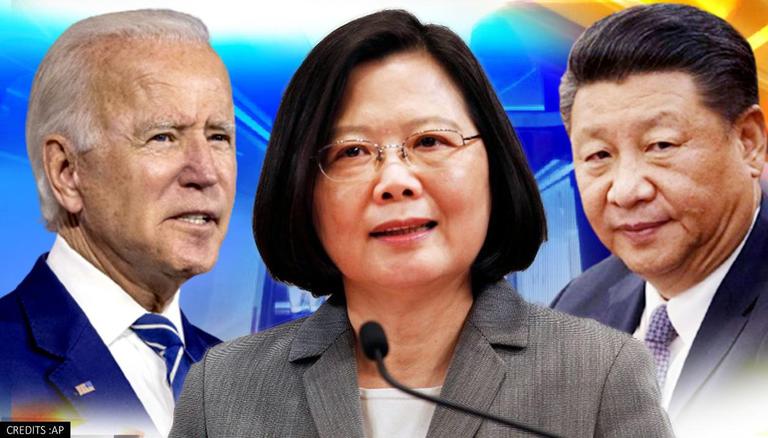 
Taiwan, on May 7, thanked the United States for the invitation to World Health Assembly (WHA) and took this opportunity to take a dig at arch-enemy China. Taiwan's Ministry of Foreign Affairs thanked US Secretary of State Antony Blinken after the US extended its support for Taipei's bid at the decision making body of the World Health Organisation (WHO).

Taking a dig at China, the ministry said that excluding a "vibrant democracy" while jeopardizing global health is wrong, especially at the behest of China. Taiwan's leader Tsai Ing-wen also thanked US for supporting Taiwan's international participation. Further, she hoped that the WHO will allow Taiwan to "contribute more to global health." The WHA is set to hold its 74th annual meeting virtually from Geneva, Switzerland, from May 24 to June 1.

My appreciation to @SecBlinken for urging @WHO to immediately invite #Taiwan to #WHA74. Excluding a reliable partner, vibrant democracy & force for good in the world while jeopardizing global health is wrong, especially at the behest of #China. JWhttps://t.co/a3bZKXM53z

Thank you @SecBlinken & the US gov’t for supporting #Taiwan's international participation. We hope the @WHO can #LetTaiwanHelp the world fight COVID-19 & contribute more to global health. https://t.co/RO5k38Suuv

In a statement, the US Department of State predicted Taiwan's exclusion from the annual World Health Assembly, urging the "Organization’s leadership takes appropriate action." It further said that "There is no reasonable justification for Taiwan’s continued exclusion from this forum, and the United States calls upon the WHO Director-General to invite Taiwan to participate as an observer at the WHA – as it has in previous years, prior to objections registered by the government of the People’s Republic of China."

Calling Taiwan "a reliable partner, a vibrant democracy, and a force for good in the world," the US Department of State said "its exclusion from the WHA would be detrimental to our collective international efforts to get the pandemic under control and prevent future health crises."

"We urge Taiwan’s immediate invitation to the World Health Assembly," the statement conccluded.

While China has been blocking Taiwan's representation at WHO meetings, Taiwan received support from foreign ministers from the Group of Seven (G7) countries. The G7 leaders backed Taiwan’s observer status in the decision-making body of the WHO.   They noted Taiwan’s “successful” contribution to the tackling of the COVID-19 pandemic and added that the international community should be able to benefit from the experience of all the partners.

China, on the other hand, has openly supposed Taiwan's inclusion claiming that it is against the One-China Policy. The self-ruled democracy, Taiwan elected Tsai Ing-wen as Taiwan's president in 2016 and again in 2020. Delegates from Taiwan had attended the WHA as nonvoting observers from 2009 to 2016, a period when Beijing and Taipei shared relatively warm ties.