In a groundbreaking video that has emerged from Afghanistan, at least a dozen men from the Afghan Special Forces unit are seen shot to death by the Taliban. 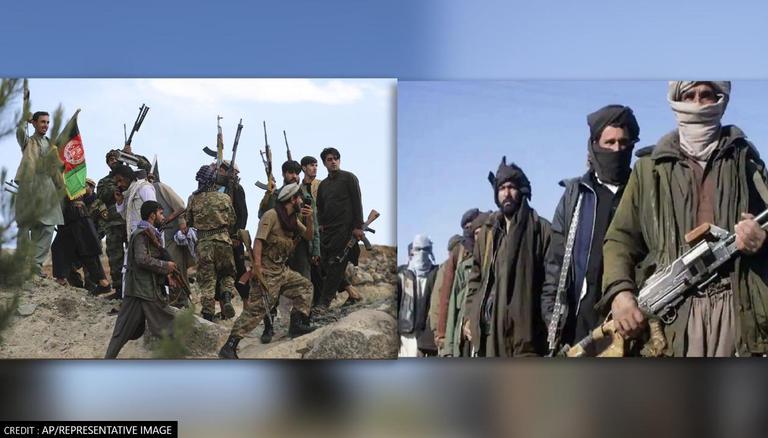 
In a groundbreaking video that has emerged from Afghanistan, at least a dozen men from the Afghan Special Forces unit are seen shot to death by the Taliban amid cried of “Allahu Akhbar” meaning God is great. As per the CNN report, the summary killings took place on June 16 in the town of Dawlat Abad in Faryab province, close to Afghanistan's border with Turkmenistan. The media outlet not only obtained the video but also verified several other clips of the shocking incident when several unarmed men from the Afghan forces emerge with words ringing out “Surrender, commandos, surrender,” before they are killed.

The videos cited by the media publication reportedly show the commandos’ bodies strewn across an outdoor market. The witness reportedly said that the commandos ran out of ammunition and were surrounded by Taliban fighters as the extremist group continued to gain territory in the war-stricken country. In another 45-second-long video, a bystander can be heard saying in Pashto, the language, “Don't shoot them, don't shoot them, I beg you don't shoot them." The bystander then asks: "How are you Pashtun killing Afghans?” The Pashtuns are the main ethnic group in Afghanistan.

At the end of the video, another voice off-camera says, “Take everything off them.” In another video, a man can be heard saying, “Open his body armour.” In the clips cited by the media outlet, another Taliban fighter can be seen taking equipment off the body of one of the commandos. Reportedly, the Red Cross confirmed the bodies of 22 commandos were retrieved. The killing of the soldiers reveals the stark contrast of the extremist group’s efforts to show it is accepting the surrender of soldiers. In other clips, the Taliban has been seen paying the commandos who surrender to go home as the group’s control increases in Afghanistan.

US military drawdown to conclude on Aug 31

Meanwhile, as the extremist group launches one of the most brazen assaults in Afghanistan since the US ramped up its withdrawal from the war-stricken country, Biden said that nearly two decades after the 9/11 terror attacks, the US military has achieved its goals in the country. In a White House speech on Thursday, Biden said, “When I announced our drawdown in April, I said we would be out by September, and we’re on track to meet that target. Our military mission in Afghanistan will conclude on August 31st. The drawdown is proceeding in a secure and orderly way, prioritizing the safety of our troops as they depart.”

READ | The cost of the Afghanistan war, in lives and dollars

“Our military commanders advised me that once I made the decision to end the war, we needed to move swiftly to conduct the main elements of the drawdown. And in this context, speed is safety...We’re ending America’s longest war, but we’ll always, always honour the bravery of the American patriots who served in it,” he added.