The Taliban-ruled Ministry of Higher Education on Sunday asked all relevant institutions to share their plans for separate classes for boys and girls. 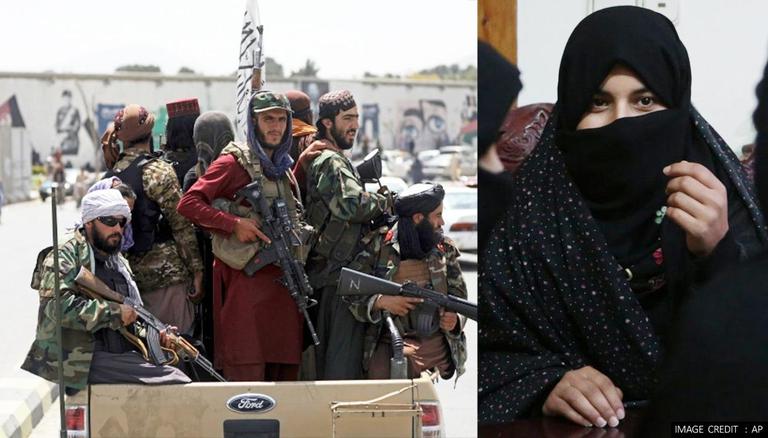 
Cracking down on women's freedom, the Taliban-ruled Ministry of Higher Education on Sunday asked all relevant institutions to share their plans for separate classes for boys and girls, as per local news reports. The Taliban has issued detailed orders that women attending universities must wear an abaya, or robe, and niqab, or burqa. The Taliban is poised to announce its new Afghanistan government any time now after US troops completed the evacuation of 130,000 nationa and left Afghanistan after 20 years.

Taliban cracks down on women's freedom

As per the new instructions issued by the Taliban's Ministry of Higher Education, which is applicable to private colleges and universities:

Meanwhile, women are protesting across Afghanistan, seeking inclusion in the new administration and no curbs on women's freedoms. With several countries raising concerns on women's freedom in Afghanistan, the terror group's spokesperson  Suhail Shaheen said women are totally safe in Afghanistan; however, he does not support women getting an education without a hijab. He asked  the United States to refrain from imposing its views on Afghanistan as that would be regarded as interfering with the country's "culture".

"They (US military) had occupied our territory. We ended that with our continuous resistance. That chapter is closed now, and both nations should focus on their future hereafter," he told Fox News.

The Taliban took over Kabul on August 15 after major cities like Kandahar, Herat, Mazar-e-Sharif, Jalalabad and Lashkar Gah fell without resistance as US troops retreat after 20 years from war-torn Afghanistan. The hasty withdrawal of the US troops saw thousands of people attempting to flee from Afghanistan with several clinging to a departing US plane's wheels, leading to them falling to their deaths.  The Taliban has finalised its talks for 'peaceful transition' as Taliban co-founder Mullah Abdul Ghani Baradar gears up to lead the new government with Mullah Mohammad Omar's son Mullah Yakub and Abbas Stanekzai pipped to be in his cabinet. The US has completed evacuating over 130,000 Afghans from Kabul, retreating all its troops.

WE RECOMMEND
Afghanistan nationals in India don't want to go back home despite financial hardships
'Afghanistan army collapsed at a much faster rate, it was unexpected,' says Top US General
Ahmad Massoud claims 'Pakistan bombing Panjshir' along with Taliban in Afghanistan
China, Iran to strengthen coordination to achieve 'peaceful reconstruction' of Afghanistan
Taliban stops evacuees from leaving Afghanistan; 4 planes with refugees, Americans blocked