The decision was taken unanimously by religious scholars as well as provincial authorities of the Directorate of Promotion of Virtue and Prevention of Vice. 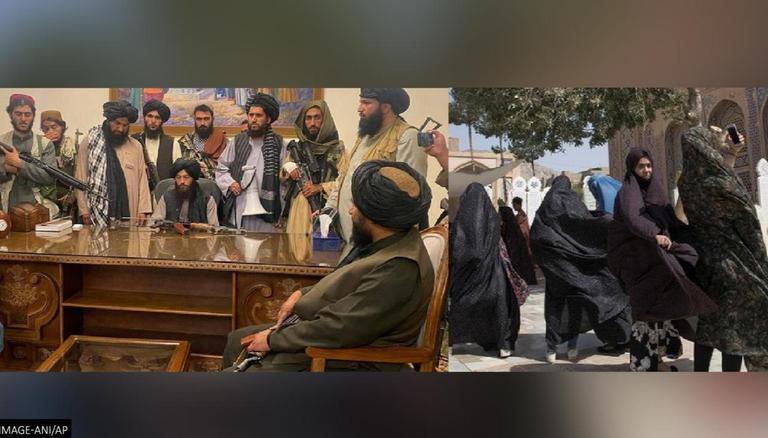 
On Monday, the Taliban announced the shutdown of all general baths for women in northern Balkh province, which borders Uzbekistan. As the Taliban regime in Afghanistan establishes itself across the country, restrictions on women, in particular, have started to increase. According to Khaama Press, the latest decision was taken unanimously by religious scholars as well as provincial authorities of the Directorate of Promotion of Virtue and Prevention of Vice (DPVPV) in the province. Women can only take showers in private baths while wearing Islamic hijab, not in public baths, as per the new decision.

According to the head of the DPVPV in Balkh province, the decision was taken after meetings with religious scholars, who are also known as Ulama. "Men are allowed to go to general baths as people do not have access to contemporary baths at home, while women are supposed to go to private baths while wearing hijab," stated the DPVPV head as per Khaama News. Meanwhile, boys under the age of 18 are prohibited from using public baths, and body massage is prohibited in the baths. Local officials in western Herat province had previously temporarily closed women's general baths, reported the Afghan media outlet.

Recently, the Taliban passed another contentious ruling wherein it ordered the clothing shops in Afghanistan's Herat province to "behead female mannequins," reported Raha Press. The order was passed by the DPVPV to behead female mannequins, as it violates contentious "Sharia law." According to the Taliban, even glancing at the heads of mannequins is a breach of sharia law. Sharia is a religious law that is derived from Islamic religious principles and is part of the Islamic tradition. It is also based on interpretations of Islam's sacred books, especially the Quran and Hadith. However, some Islamic countries, including Afghanistan, have changed the Quran's verses to suit their political ideals.

It should be mentioned here that the Taliban interim government has also declared that women will only be allowed to work and study in accordance with Islamic laws. Earlier in the month of September, Afghan women activists protested in different parts of the country. They demanded equal rights for themselves and also decision-making roles in the Taliban-led administration. They also demanded that their rights to liberty and equality must be protected, reported ANI.