The Taliban have seized weapons and rockets near Panjshir, many of which were moved to the Khost airport while others were taken close to the Pakistan border. 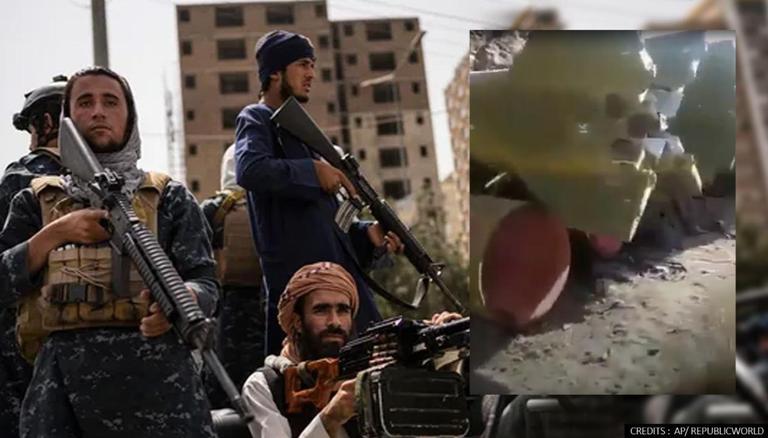 
Amid a fierce battle between the Taliban and the Northern Alliance in Afghanistan's Panjshir province, the militant group appears to have garnered more military support to take down the resistance forces.

As per an undated video that has recently surfaced on social media, the Taliban have seized weapons and rockets near Panjshir, many of which were moved to the Khost airport while others were taken close to the Pakistan border.

In the video, the militants can be heard calling for support after seizing large rockets near Panjshir. They were heard speaking on the phone and calling backup on the site, after which the weapons were moved to multiple places.

Panjshir province remains the lone defiant holdout after Kabul fell to the Taliban on August 15, with resistance forces led by Ahmad  Massoud, the son of late Afghan guerrilla commander Ahmad Shah Massoud, fighting the Taliban. The Panjshir province, where the National Resistance Force is based, has emerged as a major battleground for the Taliban, as it attempts to take control of the last free region in the country.

By carrying out repeated attacks and preventing the insurgents from entering Panjshir, the Northern Alliance led by Massoud and acting Vice President Amrullah Saleh has given a bloody nose to the Taliban, resulting in several militant casualties. The Northern Resistance Front has also suffered casualties including the death of NRF spokesperson Fahim Dashty last week.

Northern Alliance commander Ahmad Massoud had recently released a video busting Pakistan's role in the fall of Panjshir. He also appealed to the international community to not recognize the Mohammad Hasan-led Talian government as they attacked Panjshir and killed innocent people.

The NRF also sought aid from the international community as the resources are drying up after being cut off by the Taliban. The roads leading to Panjshir have been blocked by the Taliban to suspend food and medicine supplies to the valley. The insurgents have also blocked electricity and telecom services.

In the past few days, the Taliban has managed to capture the main areas of Panjshir. However, the resistance is still on. NRF leader Ali Nazary on Thursday said that 60% of Panjshir is still under the control of anti-Taliban forces.